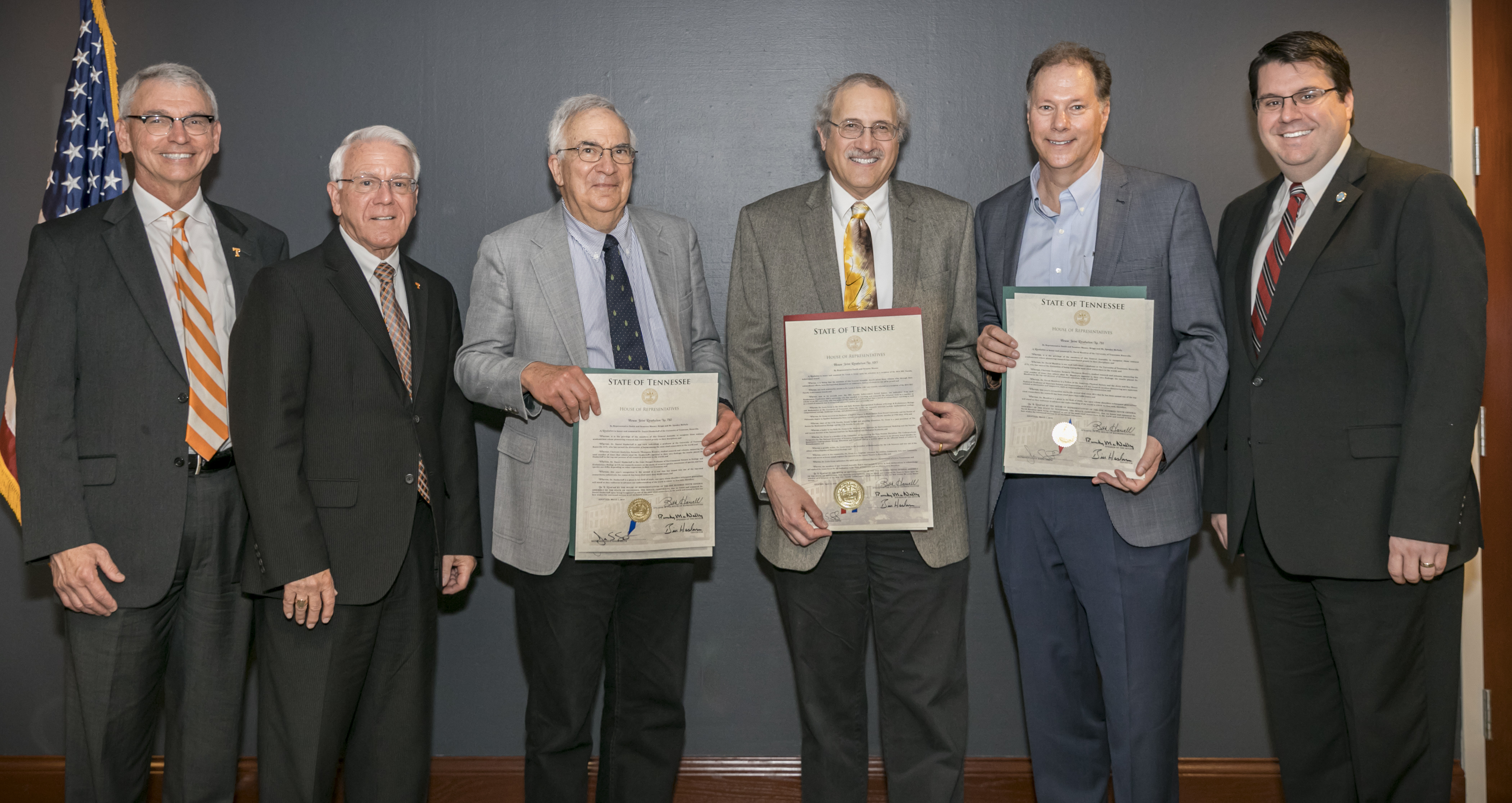 NIMBioS Director Louis Gross was honored on Friday when State Representative Eddie Smith presented Gross, along with two other UT professors, a resolution commending them for recent achievements.

House Joint Resolution No. 1013 honors Gross, noting his venerable list of academic and professional achievements, in particular as a recent recipient of the 2018 SEC Faculty Achievement Award. The James R. Cox and Alvin and Sally Beaman Distinguished Professor of Ecology and Evolutionary Biology and Mathematics, Gross also directs the Institute for Environmental Modeling.

Also noted was Gross’ service to the Knoxville community, which includes volunteering as a sound engineer for concerts at the Laurel Theater and volunteering for Jubilee Community Arts and Community Shares.

The Resolution states, “Dr. Louis Gross epitomizes the spirit and commitment that are characteristic of a true Tennessean.”

The Resolution was officially adopted by the Tennessee House of Representatives on April 11.

Other UT faculty honored were David Mandrus, the Jerry and Kay Henry Endowed Professor in Materials Science and Engineering and Daniel Simberloff, the Gore Hunger Professor of Environmental Studies.