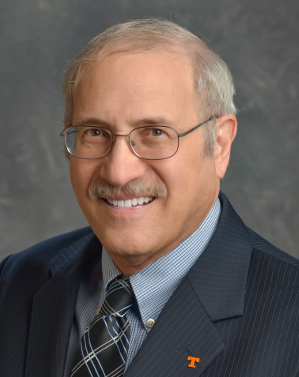 Congratulations to NIMBioS Director Louis Gross, who has received a top award from the Southeastern Conference. Gross was honored with the 2018 SEC Faculty Achievement Award, the SEC announced today.

The prestigious, university-level award recognizes professors from the 14 SEC universities who have outstanding records in both teaching and scholarship. Honorees from each university receive a $5,000 honorarium and become their university’s nominee for SEC Professor of the Year, to be awarded this spring. The Professor of the Year receives an additional $15,000 honorarium and is recognized at an SEC awards dinner in Destin, Florida.

The award was established in 2010 by the SEC Presidents and Chancellors.  There is one winner/nominee per campus and one overall winner for the SEC.

To qualify for the award, an individual’s scholarly contribution or discoveries must be such that the faculty member has been acknowledged by colleagues within the discipline nationally or internationally.

In addition to NIMBioS, Gross also directs UT’s Institute for Environmental Modeling. He is an an Alvin and Sally Beaman Distinguished Professor of Ecology and Evolutionary Biology and Mathematics.

He recently co-led a study examining how humans react to climate change. He and colleagues paired a standard climate model with a mathematical formulation of the social psychological theory of planned behavior to explore how people would hypothetically respond to their changing environment and how this impacts future global temperatures.

Since 1990, Gross has been a principal investigator on more than 35 externally funded research and education projects with combined funding of more than $51 million. He has had continuous support since 1992 from the National Science Foundation.

Gross is a fellow of the American Association for the Advancement of Science and of the Society for Mathematical Biology.

Last year, Suzanne Lenhart, NIMBioS Associate Director for Education and Outreach, was a recipient of the SEC Faculty Achievement Award.

More information about the announcement from the SEC can be found here.