Posted on October 4, 2017 by Catherine Crawley 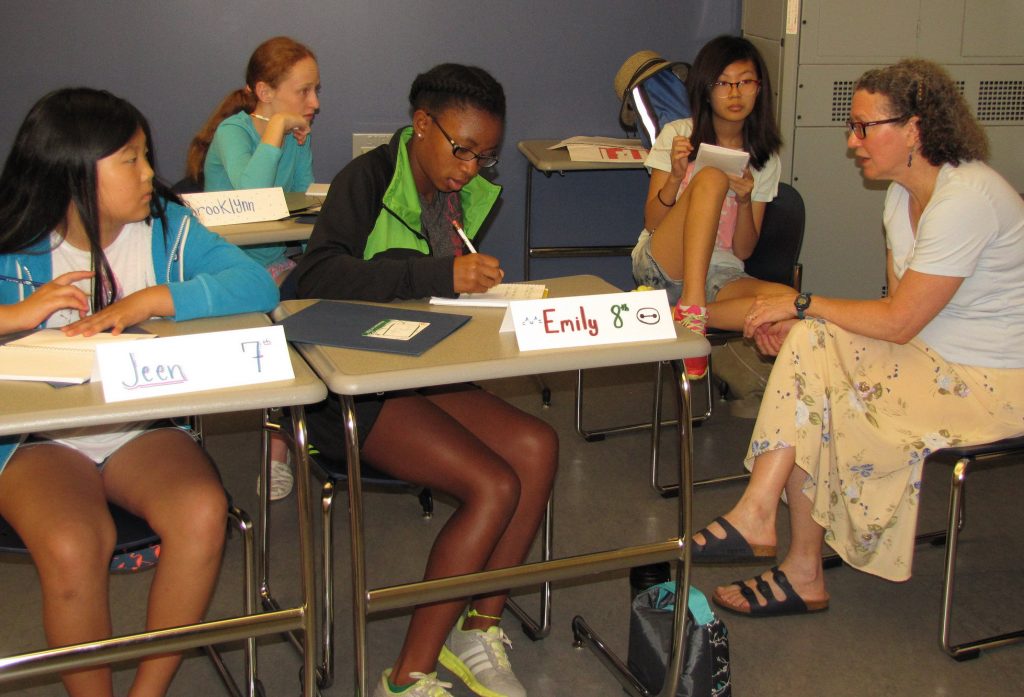 Dr. Suzanne Lenhart (far right) advocates tirelessly for women and students from underrepresented groups to pursue careers in STEM fields. She has been selected as a Fellow of the Association for Women in Mathematics.

Congratulations to NIMBioS Associate Director for Education & Outreach Suzanne Lenhart whose sustained and lasting commitment to women in the mathematical sciences has led to her selection to the Inaugural Class of Fellows of the Association for Women in Mathematics (AWM).

A Chancellor’s Professor in UT’s Department of Mathematics, Lenhart is an applied mathematician in the field of differential equations. Her research publications span several areas of biology, including HIV, tuberculosis, bioreactors, bioeconomics, cardiac function, population dynamics, disease modeling, and resource management. She was recently awarded the Lord Robert May Best Paper Prize from the Journal of Biological Dynamics for a paper she co-authored about modeling cholera motivated by Haiti outbreak.

Lenhart advocates tirelessly for women and students from underrepresented groups to pursue careers in STEM fields. She recently started a new student chapter of SACNAS (Society for Advancement of Chicanos/Latinos and Native Americans in Science) and is leading a new group for students with disabilities in STEM called the UT-NIMBioS STEM Alliance. For 24 years, Dr. Lenhart has directed Research Experiences for Undergraduates programs at UT and has supervised the research of 21 PhD and 31 Masters students.

“Diversity is important to me. I am committed to the AWM mission and continue to work for this organization. I am proud to be in this inaugural class,” Lenhart said.

She is a former AWM president and currently serves as co-president of the Tennessee chapter of the Association for Women in Science. She was also in the inaugural class of the American Mathematical Society Fellows in 2012, and is a AAAS Fellow and Society for Industrial and Applied Mathematics Fellow.