Over 100 researchers, faculty, graduate students and others gathered last week to witness Mariel Vazquez, a professor of mathematics and microbiology and molecular genetics at the University of California, Davis, receive the nation’s highest research award for minority mathematicians, the 2016 Blackwell-Tapia Prize, in Knoxville at the conclusion of the biennial Blackwell-Tapia Conference.

Before presenting the prize, Richard Tapia, professor of mathematics at Rice University, gave a stirring speech where he called upon all mathematicians from under-represented groups to achieve excellence both in research and service to the nation in training and inspiring the next generation of mathematicians. 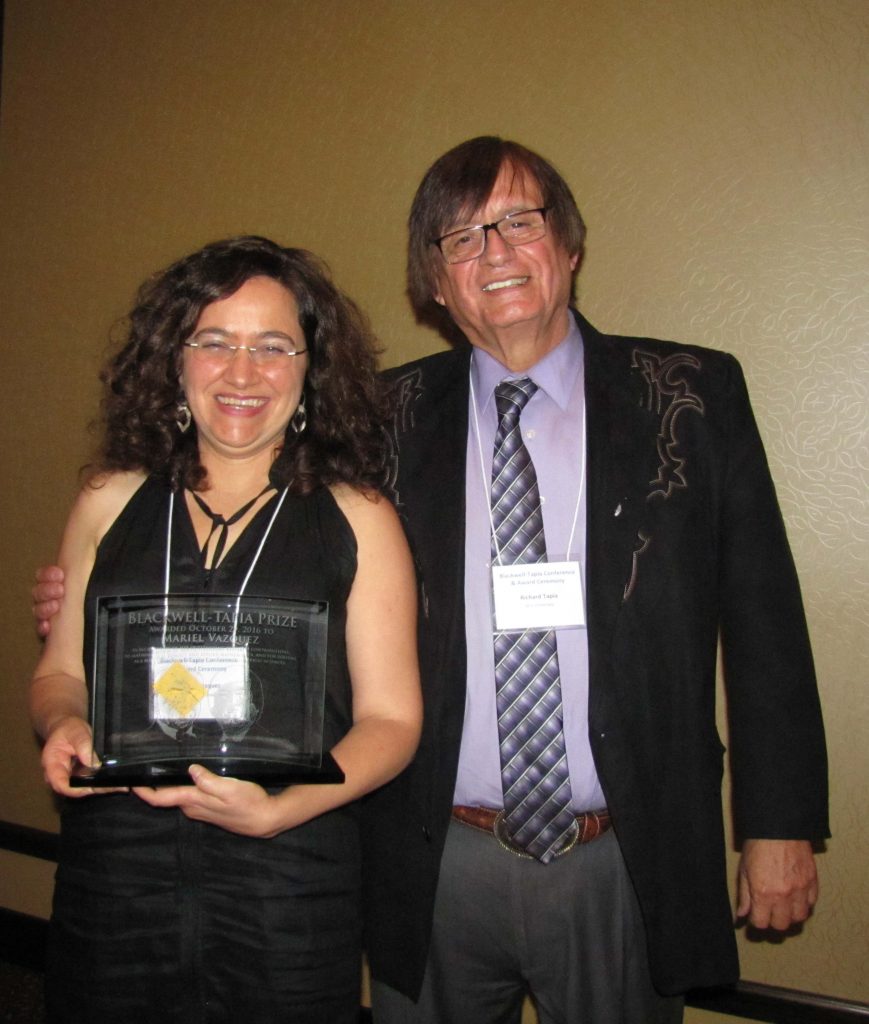 In a moving acceptance speech, Vazquez spoke of how she felt the honor profoundly as an immigrant from Mexico with children born in the United States, together representing the changing face of America. She related how she came to the United States “with stars in her eyes” and urged the audience to recognize and reach out to all of the starry-eyed students to help them also follow their dreams.

The ceremony was the capstone of two days of talks by an inspiring line-up of mathematicians and statisticians on topics from using math to move robots quickly to conducting statistical research in industrial, government and academic settings. The event included a poster session, many opportunities for networking, and a pre-conference event for undergraduates where Vazquez and Jose Perea, an assistant professor of mathematics from Michigan State University, shared the stories of their career paths and applications of their research. Abdul-Aziz Yakubu, a professor of mathematics at Howard University, gave the conference’s annual Joaquin Bustoz, Jr. distinguished lecture.

The event was supported in part by the Alfred P. Sloan Foundation. Additional support for Canadian participation was provided by the Fields Institute.

Conference photos can be viewed on the NIMBioS Flickr site.

The next Blackwell-Tapia conference will be lead by ICERM in Providence, RI in 2018.