Posted on October 12, 2015 by Catherine Crawley 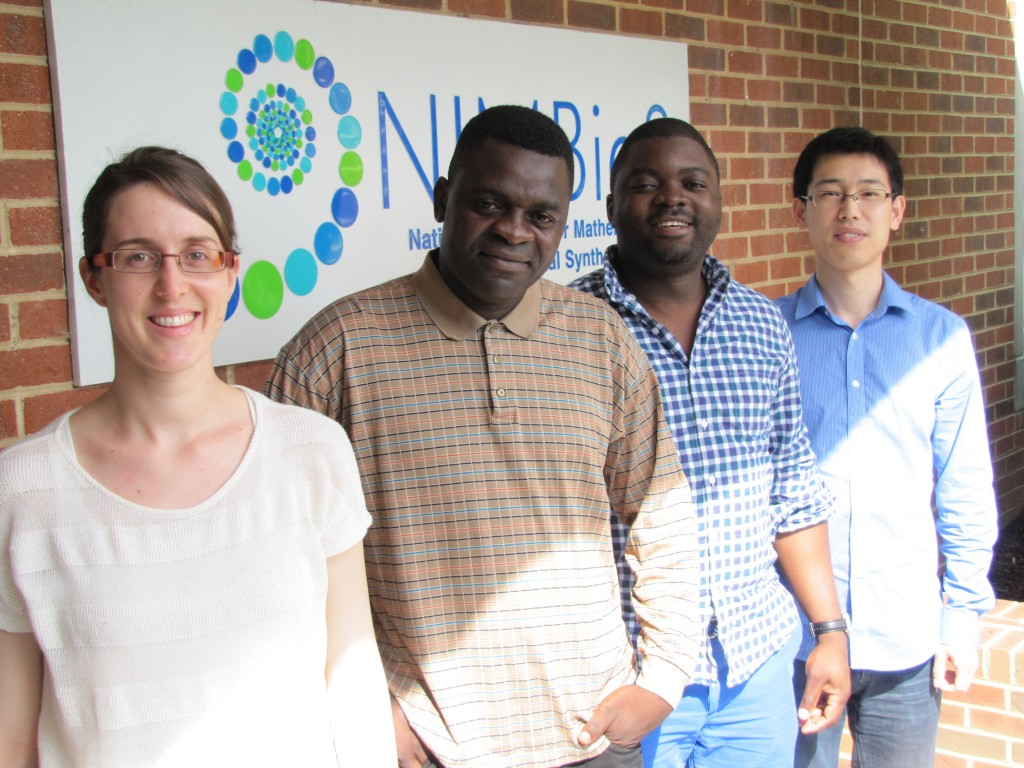 Congratulations to four former NIMBioS postdoctoral fellows whose collaboration while at NIMBioS has come to fruition in a paper published last week in Methods in Ecology and Evolution.

In the paper, lead author Orou Gaoue, along with Calistus Ngonghala, Jiang Jiang and Maud Lélu investigate the sustainability of combining harvesting of timber and non-timber forest products.

Gaoue, now an assistant professor in quantitative ecology at the University of Hawaii at Manoa, was pleased with the collaboration.

“At NIMBioS, we all developed the ability to work across disciplines and particularly how to collaborate with mathematicians,” he said.

For the paper, Gaoue developed the model ideas from an ecological standpoint and generated possible equations. Over several discussion sessions, the group strategized various ways for building the model and then developed the final equations. Ngonghala, now a postdoctoral fellow in Harvard University’s School of Public Health, solved the equations and conducted the stability analysis, while Jiang and Lélu developed the initial figures. Jiang is now a postdoc in the Department of Microbiology and Plant Biology at the University of Oklahoma, and Lélu is a postdoc in the Division of Epidemiology and Community Health at the School of Public Health, University of Minnesota.

The citation is Gaoue OG, Ngonghala CN, Jiang J, Lélu M. 2015. Towards a mechanistic understanding of the synergistic effects of harvesting timber and non-timber forest products. Methods in Ecology and Evolution.

In other developments, Gaoue also recently published another paper as a result of his postdoctoral research at NIMBioS. “Transient dynamics reveal the importance of early life survival to the response of a tropical tree to harvest” appears in the Journal of Applied Ecology. The study makes the case that short-term assessment of population response to harvest by humans is more important than previously thought.