Posted on August 8, 2014 by Catherine Crawley 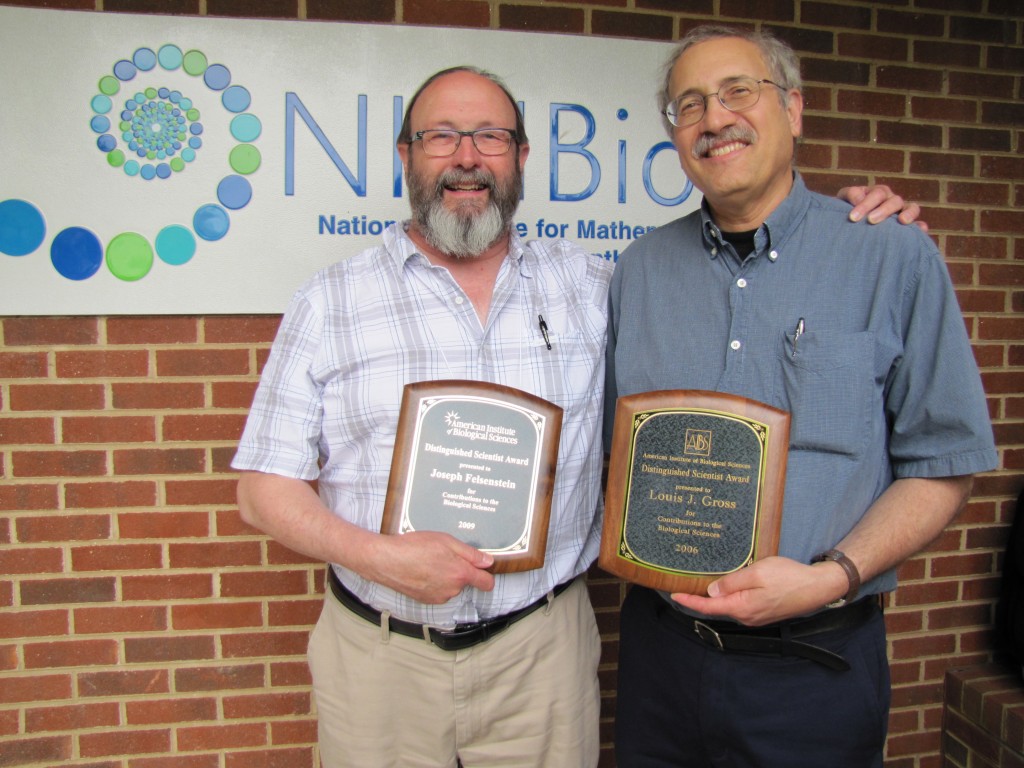 It’s not everyday that two alumni from the same high school learn that they are both nationally distinguished scientists.

NIMBioS Director Louis Gross and Joe Felsenstein, visiting NIMBioS this week as co-organizer of the Evolutionary Quantitative Genetics Tutorial, both graduated from Central High School in Philadelphia, going back a few decades now.

But they recently discovered that they are both recipients of the Distinguished Scientist award from the American Institute of Biological Sciences, Gross in 2006 and Felsenstein in 2009. The award is presented annually to individuals who have made significant scientific contributions to the field.

Dr. Felsenstein is a professor of genome sciences and biology at the Univ. of Washington, where he has been for more than 40 years. He is best known for his work on statistical inference of phylogenies.

Dr. Gross is, of course, NIMBioS’ fearless leader and at UT, the James R. Cox and Alvin and Sally Beaman Distinguished Professor of Ecology and Evolutionary Biology and Mathematics. He also directs The Institute for Environmental Modeling.

The second-oldest continuously public high school in the country, Central consistently ranks as one of the nation’s top public schools.

Dr. Gross and Dr. Felsenstein are among notable alumni from the school, including two brothers from the Guggenheim family, the popular physician Andrew Weil, and even Larry (Fine) of the Three Stooges.

Congratulations to both Dr. Gross and Dr. Felsenstein!