Posted on August 1, 2014 by Catherine Crawley 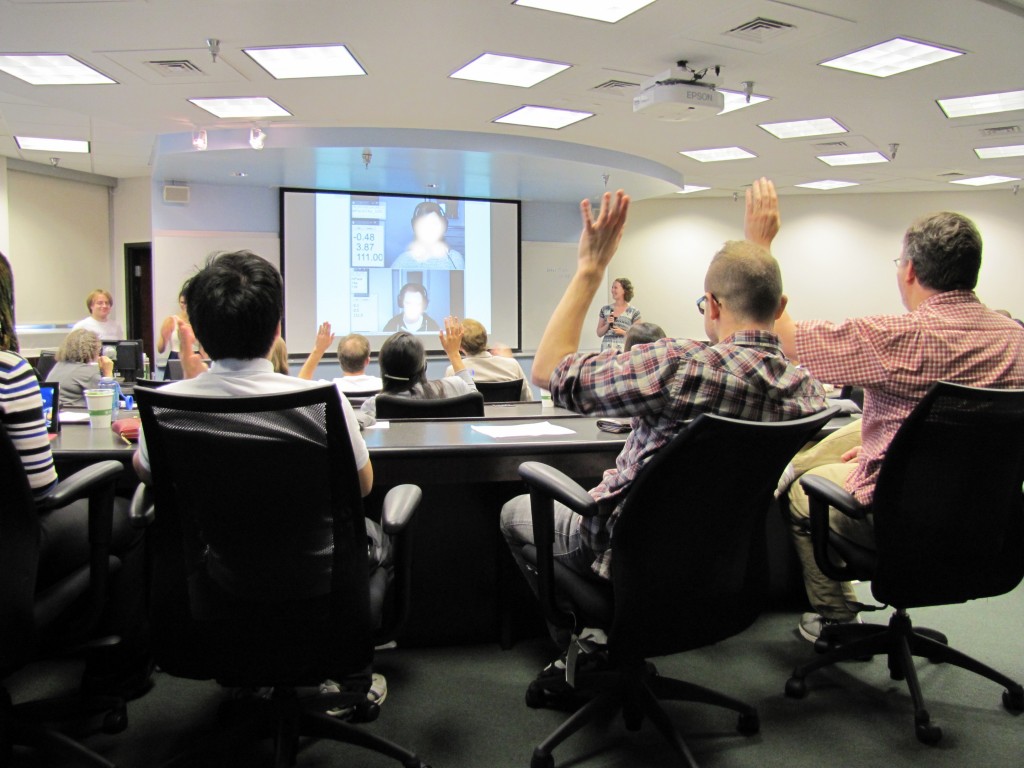 A little audience participation during the final presentation of the Facial Expressions project.

The 2014 Summer Research Experiences for Undergraduates and Teachers drew to a close today with the six project teams presenting their final results.

Margaret McDaniel of the Univ. of Tennessee presents as a part of her team project on Johnne’s Disease

Several groups announced plans to continue their work beyond the SRE program, hoping to continue collaborating with their mentors to prepare manuscripts for publication. Others have already been accepted or made plans to present their work at the MBI Capstone Conference, the SACNAS annual conference, and also the NIMBioS Undergraduate Research Conference at the Interface of Mathematics and Biology, which is now accepting applications to request funding (Deadline: Sept. 10).

At the final luncheon, participants exchanged hugs, words of thanks, farewells and made promises to keep in touch on Facebook or see each other at future conferences.

One participant said he couldn’t think of a better way to have spent his summer than his experience at NIMBioS.

NIMBioS’ highly competitive program accepted 18 students and two high school teachers from around the country. Several of the teams also gained some media experience along the way when they were interviewed about their research on local television and in the local newspaper.

The full set of photos can be viewed here.