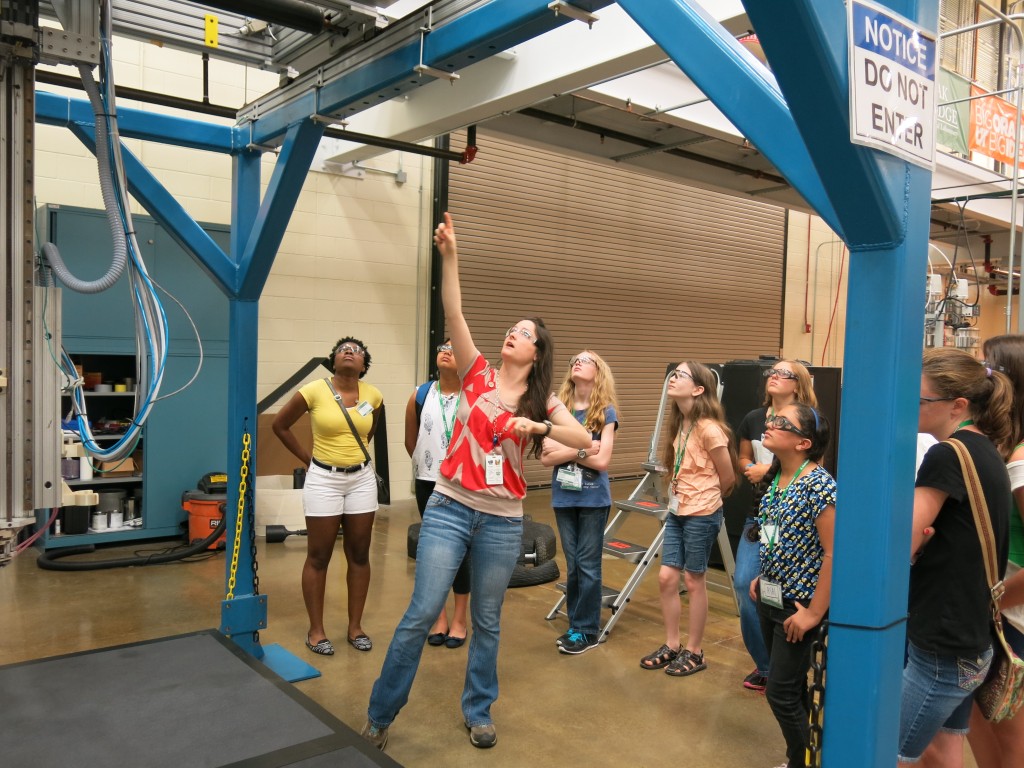 In elementary school, 74 percent of girls say they are interested in math and science classes, but women make up only 26 percent of the STEM workforce. Finding ways to retain girls’ interest in STEM to close this gap is the reason why NIMBioS and CURENT collaborated to bring 25 middle school girls from around the region to last week’s Adventures in STEM day camp.

Now in its third year, the camp is a collaborative effort by two NSF-supported research centers at the University of Tennessee interested in promoting diversity in the STEM workforce. In one activity organized by NIMBioS, the girls learned about the biomedical applications of 3D printing, then designed their own 3D models of organisms using Tinkercad that were printed by a Makerbot Replicator 2 for the girls to take home. In another, the girls explored world health data using the dramatic data visualization software Gapminder, and an SIR disease model where the girls simulated an outbreak of fictional “handshake disease.” CURENT, an engineering research center at UT, led activities to help the girls build solar panels and a model neighborhood power grid.

A highlight of the week was field trip day, when the girls visited Oak Ridge National Laboratory’s Manufacturing Demonstration Facility (MDF) to see the world’s largest 3D printer as well as many other 3D printers that print metals and more. The tours were all led by inspiring female engineers, including Amy Elliott, graduate researcher at MDF and star of Discovery Channel’s 2013 “Big Brain Theory.” Elliott told the girls that when she received second place on the show, she got a sympathetic hug from astronaut Buzz Aldrin who related to her plight as a runner-up. Her current research at ORNL aims to improve 3D printing methods.

The girls interview Elizabeth Hobson (far left) about her life and science career.