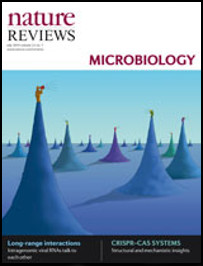 A study on marine viruses and their implication for marine biogeochemical cycles by a group of NIMBioS- and UT-associated researchers has been published in the journal Nature Reviews Microbiology.

The researchers used a biophysical scaling model of intact virus particles to quantify differences in the elemental stoichiometry of marine viruses compared with their microbial hosts. They proposed that, under certain circumstances, marine virus populations could make a previously unrecognized and important contribution to the reservoir and cycling of oceanic phosphorus.

The analyses enable quantitative predictions about the elemental content of virus particles of different sizes and could be useful in evaluating the quantitative role that marine viruses play in the storage and recycling of dissolved organic carbon, nitrogen, and phosphorus. According to the study, viruses are predicted to be enriched in phosphorus to such a degree that the total phosphorus content in a burst of released viruses may approach that of the phosphorus content in an uninfected host.

The particle-scale estimates can be extrapolated to ecosystem scales using marine virus survey data. In addition, the researchers hypothesize that the findings could be applied to marine viruses in general, not just virus particles.