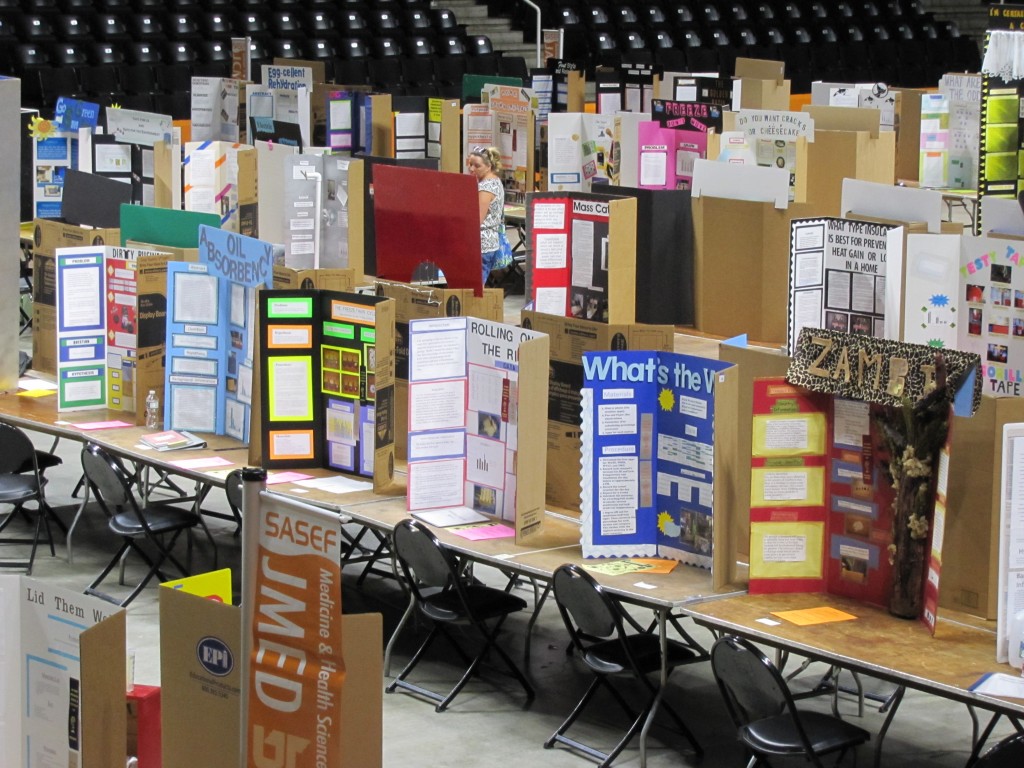 Projects at the 2014 Southern Appalachian Science & Engineering Festival held at the University of Tennessee, Knoxville

Congratulations to this year’s winners of the Junior and Senior NIMBioS Prizes for Research at the Interface of Mathematics and Biology, presented annually at the Southern Appalachian Science Engineering Fair, held at the Univ. of Tennessee, Knoxville. 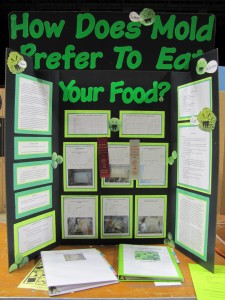 This year’s Junior Prize went to 6th grader Michael Stapleton of St. John Neumann Catholic School (Teacher: Brett Shaffer) for his project, “How Does Mold Prefer to Eat Your Food?” Stapleton answered the question with a carefully designed quantitative experiment with multiple variables and replication, including careful analysis and graphical representation of the growing percentage of area the mold covered of slices of bread over time.

The Senior Prize is shared by the team of high school seniors Maria D’Azevedo and William Mason of Oak Ridge High School (Teacher: Tammy Carneim) for their project, “Predicting Epileptic Seizures Using an Android Application.” D’Azevedo and Mason took an existing desktop computer program that predicts when someone with epilepsy is about to have a seizure and converted it to work on an Android phone. They faced the challenge of scaling down this program to work with a device with less memory, but showed promising results.

NIMBioS sponsors the prizes for young scientists doing research on a biological question using mathematical methods who present at this regional fair. The prize consists of an award of $50 (Senior) or $25 (Junior), a certificate and a letter acknowledging the accomplishment. NIMBioS graduate assistants Jeremy Auerbach and Austin Milt assisted as judges.