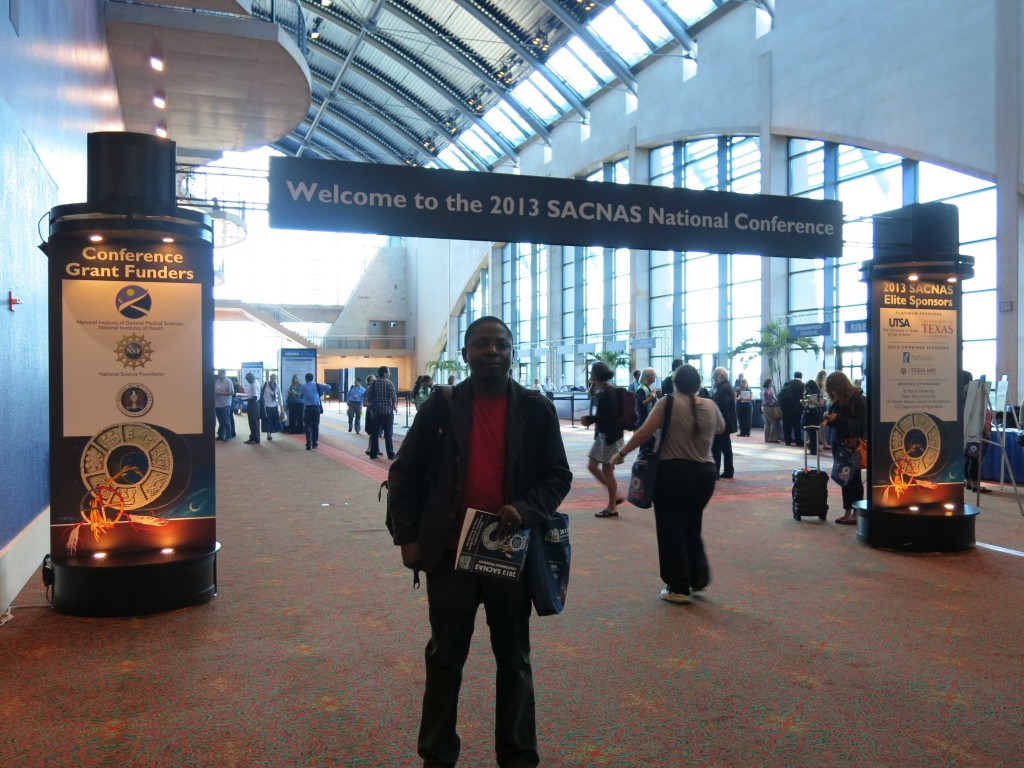 NIMBioS researchers and staff shared their passion for science this month at the 2013 SACNAS Annual Conference, as well as the many opportunities available to diverse STEM students and faculty at NSF math institutes and biology centers. SACNAS, the Society for the Advancement of Chicanos and Native Americans in Science, hosts an annual conference each year promoting STEM and emphasizing mentoring, networking and professional development. This year’s conference in San Antonio, TX, boasted almost 4,000 attendees, 1,000 student presentations, over 300 exhibitors, many scientific symposia and cultural events. 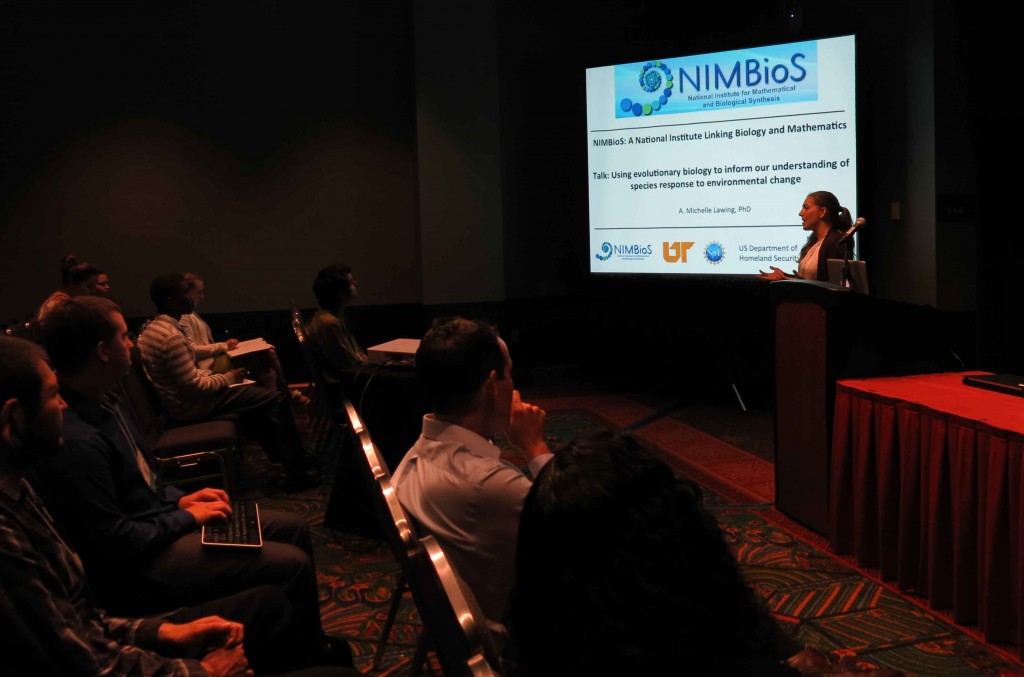 NIMBioS kicked off its participation with the Modern Math Workshop, an annual pre-conference event sponsored by all of the NSF Mathematical Sciences Institutes. During the workshop, NIMBioS postdoctoral fellow Gesham Magombedze presented “Modeling the Immune Response of Cattle Suffering from Johne’s Disease.” Later and during the conference itself, NIMBioS postdoctoral fellow Anna Michelle Lawing spoke about her work on “Using Evolutionary Biology to Inform Our Understanding of Species and Community Responses to Environmental Change” during a “Hot Topics in Evolution and Ecology” symposium. Lawing presented alongside researchers from NESCent and NCEAS, two other biology synthesis centers, to a packed room of mostly undergraduates. Later, she answered questions about climate change during a screening of science documentary Chasing Ice during SACNAS’ Evolution/Ecology Movie Night.

Notably missing from the conference were many government agencies due to the federal government shutdown. Cliff Poodry, Director of Training, Workforce Development, and Diversity at the National Institutes of Health, was unable to give his invited keynote address, and many other presenters and exhibitors were unable to attend. The disappointment of the SACNAS organization with the situation was expressed in this news video clip from Fox San Antonio.