NIMBioS Introduces Students to the Creative Side of Science 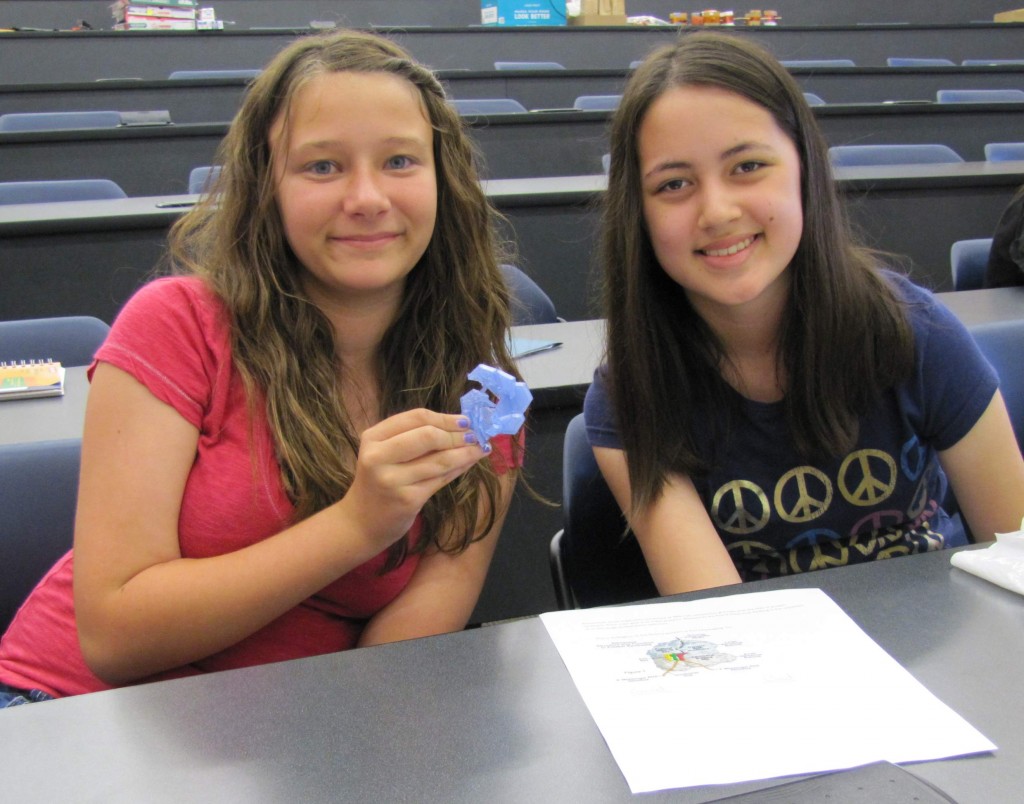 Middle school girls experienced the creative side of science this week when they used 3D modeling software to design and print their very own plant cell using NIMBioS’ new 3D printer, as a part of activities in the Adventures in STEM summer camp.

After touring NIMBioS and watching the 3D printer at work, the girls learned how to use a free, 3D modeling software called SketchUp to help design different organelles from a plant cell. After drafting potential artistic interpretations of the organelles, final designs were saved and sent off to be printed in 3D. Each organelle took about half an hour to print. The final step involved combining the organelles into one single plant cell.

The activity was intended to show the campers how scientists use unique tools, like computer software and 3D printers, to visualize and model information. 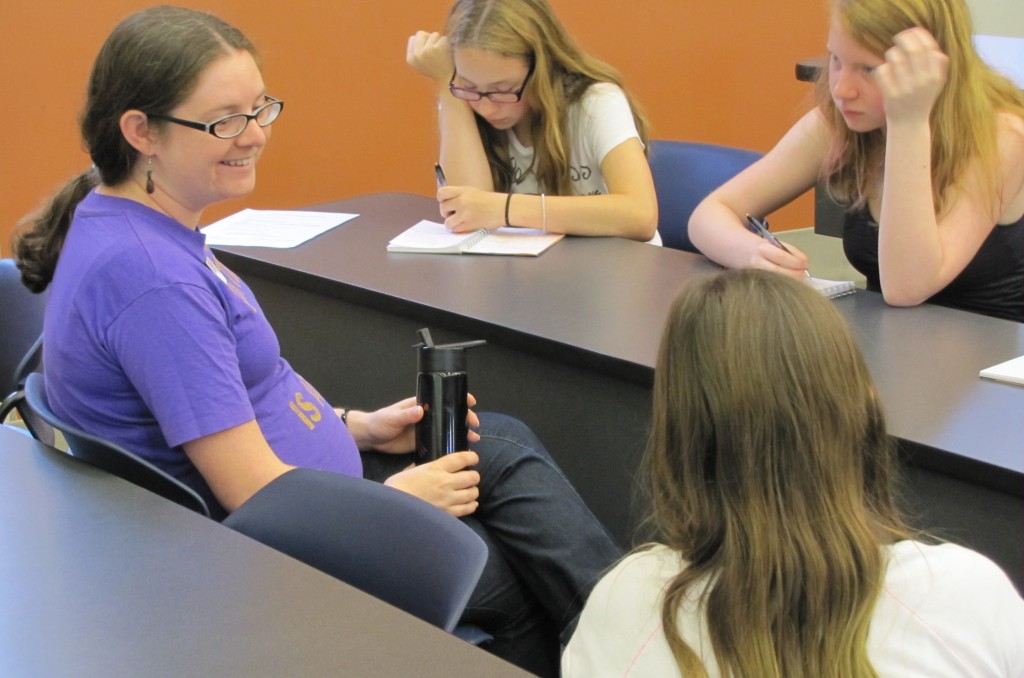 Among the many other NIMBioS-led activities in Adventures in STEM, the girls also interviewed NIMBioS scientists and mathematicians, learned the basics of disease modeling, and took soil samples to calculate insect biodiversity. The week concluded with presentations to their parents.

This is the second year that NIMBioS has participated in the second-annual week-long Adventures in STEM summer camp, which is also sponsored by CURENT. 4-H was an additional sponsor this year. The camp introduces middle school girls to science, math, and engineering through hands-on activities, labs and team projects at the University of Tennessee.

Special thanks to NIMBioS IT Manager Michael Peek, who helped with the 3D printing activity, and to NIMBioS Graduate Research Assistants Marco Martinez and Gwen Iacona for donating their time and expertise during the week.

Did you like this? Share it:
Tweet
This entry was posted in Computing, Education/Outreach, gender diversity, Middle School, STEM and tagged 3D printer, 3D printing, 4-H, cell organelles, CURENT, STEM. Bookmark the permalink.