Kids Have a Ball With Math and Biology

How can you use an Earth beach ball to estimate the area of forest on our planet’s surface? Andersonville Elementary School students figured this out and more at the interface of math and biology on their visit last week to the University of Tennessee.

One hundred and fifty 4th-6th grade students filled the auditorium at the university’s library, excited about the fun-filled day ahead of them meeting scientists and eating pizza. , NIMBioS Associate Director for Education & Outreach Suzanne Lenhart began the NIMBioS math biology session by talking about her work studying various diseases, including whether cats make people crazy (or rather, the effects of toxoplasmosis gondii on humans). Then, NIMBioS Education & Outreach Coordinator Kelly Sturner talked about her work as a soil ecologist and how she used math to study ecosystems such as forests.

The forest surface area on the inflatable globe was estimated using probability and tossing two identical balls around the auditorium, an idea modified from the environmental education curriculum designers at Project Learning Tree. The rest of the forest-math activities were modified from the NIMBioS education module Measuring a Forest. 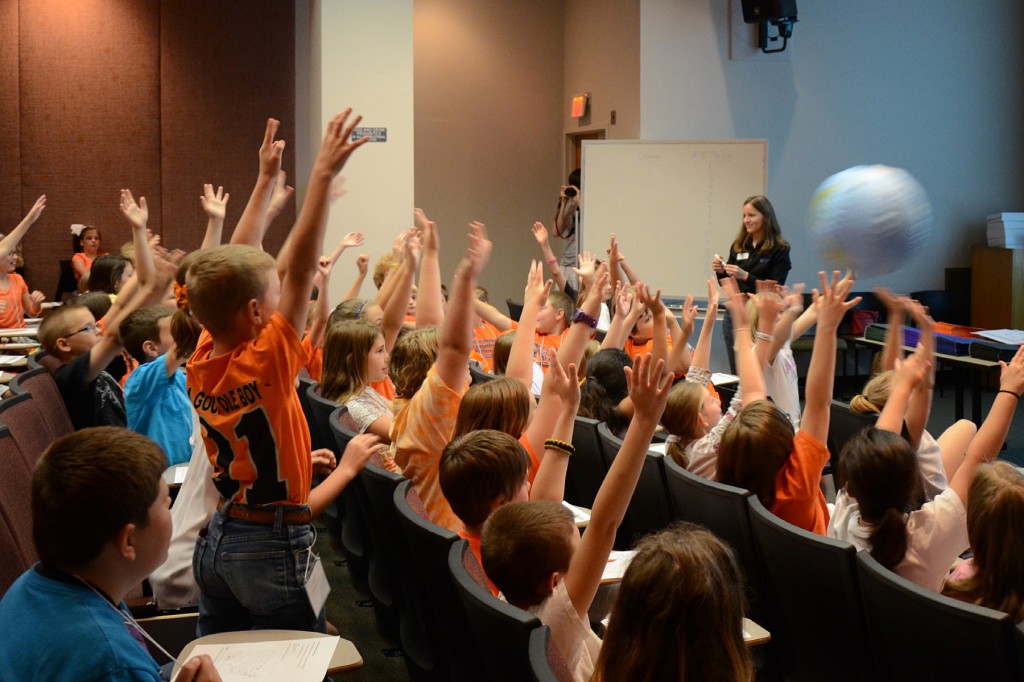 Children reach for the Earth ball as it flies through the air. When they catch it, if their right index finger falls on green (forest), Sturner records it as well as the total number of tosses.