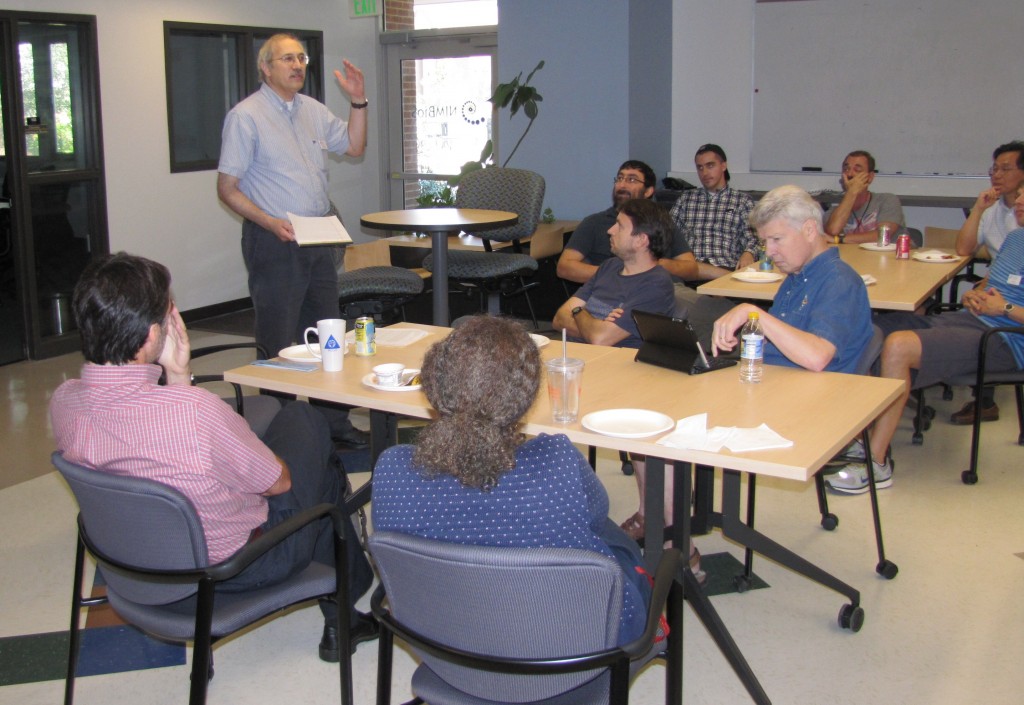 The effort was spurred by a new National Science Foundation supplement awarded in July to NIMBioS, in collaboration with RDAV. The supplement, which totals $200,000, will help fund efforts within NIMBioS and RDAV to develop new high performance computing simulation and data analysis for biology.

Today’s meeting was an effort to foster new ideas about how those interested in computational science at UT might collaborate. Examples of computational challenges include issues surrounding the classification of metadata, data storage, and how to describe data workflows. NIMBioS Director Louis Gross and NIMBioS HPC Specialist Eric Carr kicked off the meeting by sharing details about the new NIMBioS-RDAV collaboration, as well as their report from a recent NSF-hosted meeting they attended about cyber-infrastructure challenges facing national biology centers like NIMBioS.

NIMBioS and RDAV collaborated previously when they developed and hosted the 2010 tutorial, “Migration from the Desktop: HPC application of R and other codes for biological research.”