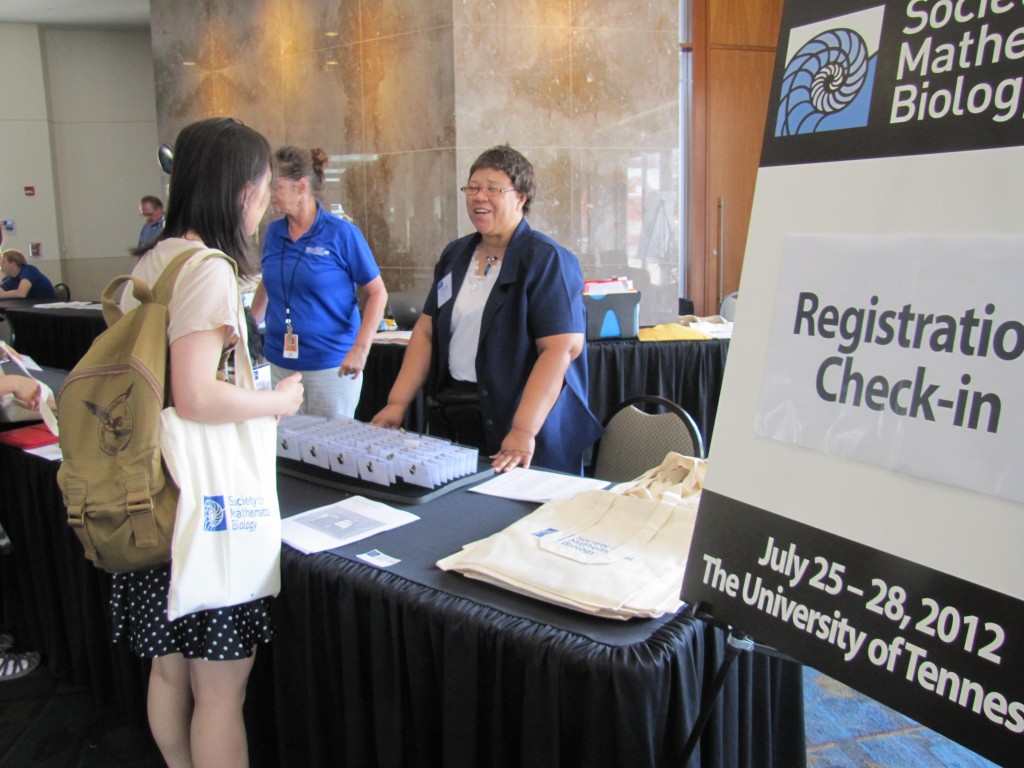 More than 400 researchers attended last week’s annual meeting of The Society for Mathematical Biology held July 25-28 at the Knoxville Convention Center. The theme for the conference was Mathematics and Biology: Interdisciplinary Connections and the Living Systems, and was co-hosted by NIMBioS and UT.

Participants interviewed at the conference were generally positive about the conference and the opportunity to meet the faces behind the names in mathematical biology. The schedule afforded plenty of time for social interaction, including a barbeque dinner and contra dance at the World’s Fair Park Amphitheater.

“The quality of the work presented here was scientifically nice. A lot of theoretical meetings like this have more math, but here there was more application to real examples and experimental data. There seems to be a slow movement toward more application of math to biology,” said UT assistant professor of microbiology and conference participant Vitaly Ganusov.

A lively stream of “tweets” took place on Twitter with the hashtag #smb2012. The total number of tweets with the hashtag was 1,085, and the top tweeters were @dbasanta and @sciencestream. The tweets, as well as media coverage and photos, are all captured on storify here. A full set of photos from the conference and barbeque can be viewed here.