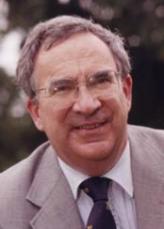 Congratulations to UT professor and NIMBioS-affiliated researcher Dan Simberloff who has received the world’s pre-eminent prize for ecology and environmental science, the 2012 Ramon Margalef Award for Ecology.

The award is presented annually by the Catalonian government in Spain, “to recognize an exceptional scientific career or discovery in the field of ecological science.” Simberloff is the Gore-Hunger Professor of Environmental Studies in the Department of Ecology and Evolutionary Biology.

Simberloff, who in May became UT’s third faculty member in history to be elected to the National Academy of Sciences, is being honored for “his contributions to the observation and theoretical analysis of the structure and dynamics of ecological communities, and for the application of these studies to conservation biology.”

At NIMBioS, Simberloff participated in the NIMBioS Working Group: Biological Problems Using Binary Matrices and has served as a mentor to several postdoctoral fellows.

For more information about the award and Simberloff’s career contributions, click here.