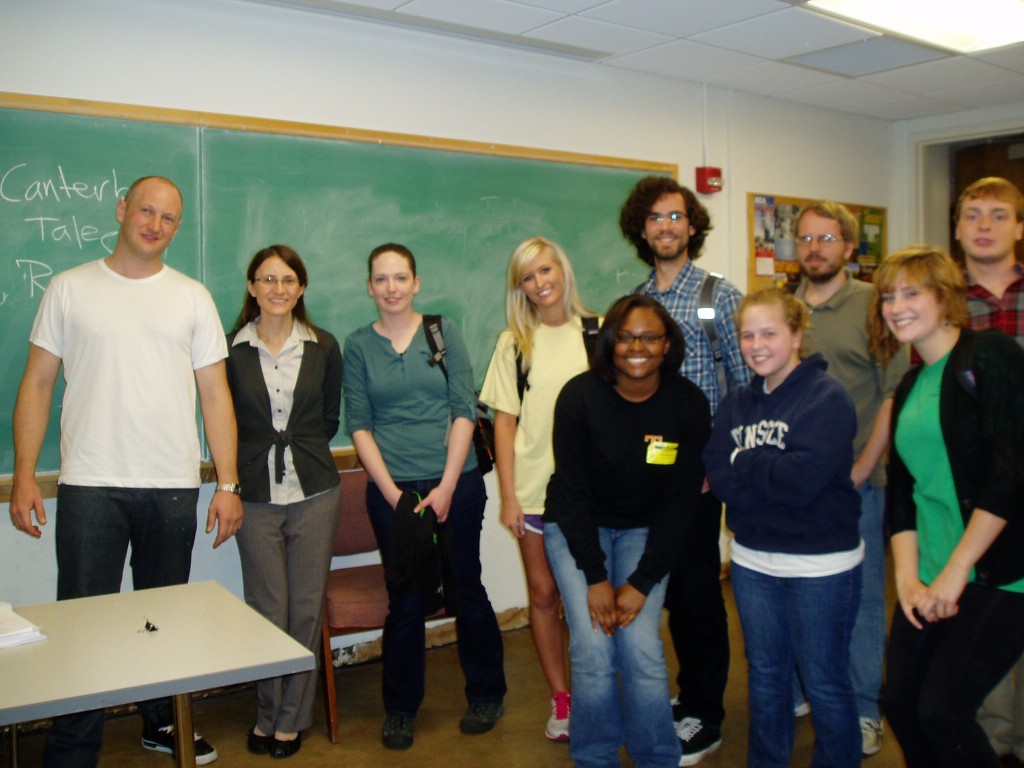 Dzon said she invited Baba to perform because she wanted to emphasize to the students that medieval literature was largely an aural phenomenon. “Baba made this point beautifully. He quoted by memory parts of The Canterbury Tales in Middle English and said that Chaucer was speaking the language of his day.”

Baba has a master’s degree in medieval literature from the University of Victoria, Canada. His thesis drew parallels between the worlds of hip-hop music and literary poetry. He released The Rap Canterbury Tales in 2004, and recently released a remix version, which premiered off-Broadway at the Soho Playhouse in November 2011.

“The students had a fantastic time,” Dzon said. “One of them even did her term paper on Baba’s interpretation of some of Chaucer’s tales.”

Baba has visited more than 100 high schools and colleges in over a dozen different countries since 2004, bringing the works of Chaucer and Charles Darwin to life on stage. He was formerly sponsored by Cambridge University as a “literary ambassador to schools” and has performed at Harvard, Wellesley, Brown, and Oxford.