Posted on December 2, 2011 by Catherine Crawley 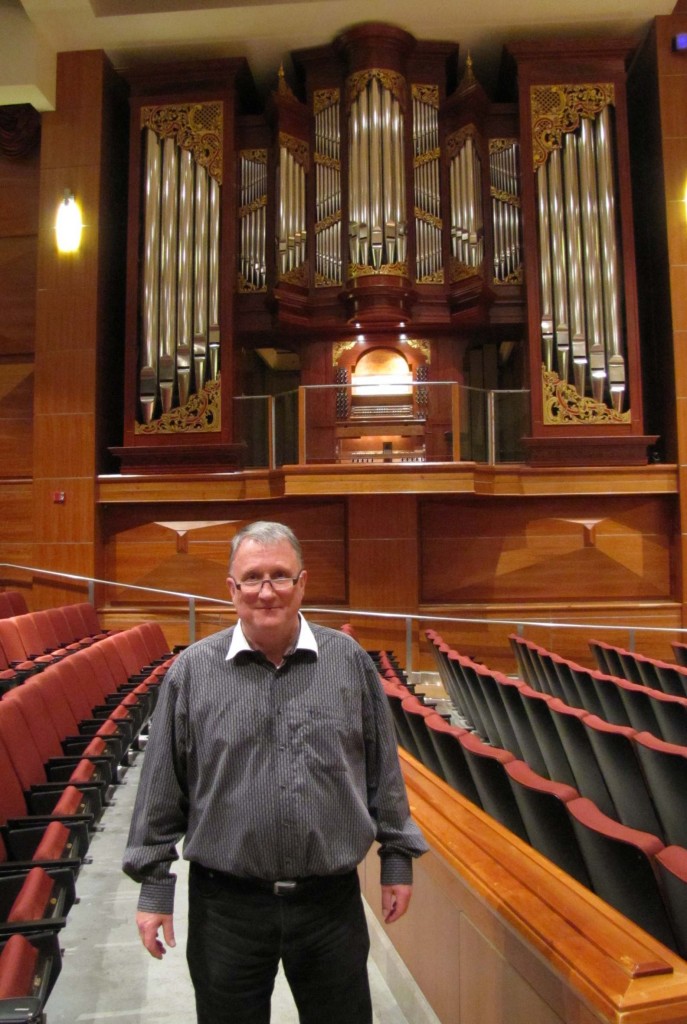 NIMBioS friends and colleagues were treated to a organ recital last night by Dr. Peter Hammerstein, an accomplished organist and member of the NIMBioS Working Group on Play. Using the magnificent Opus 15 mechanical-action tracker organ in Cox Auditorium, Hammerstein performed works ranging from traditional pieces such as Bach’s wedding march to works from the Renaissance and the French court of Louis XIV. The organ with its 2,766 pipes was built in 2006 specifically for the Cox Auditorium. Its style and sound mimics the organs from the 17th and 18th centuries in northern Europe.