Posted on December 1, 2011 by Catherine Crawley 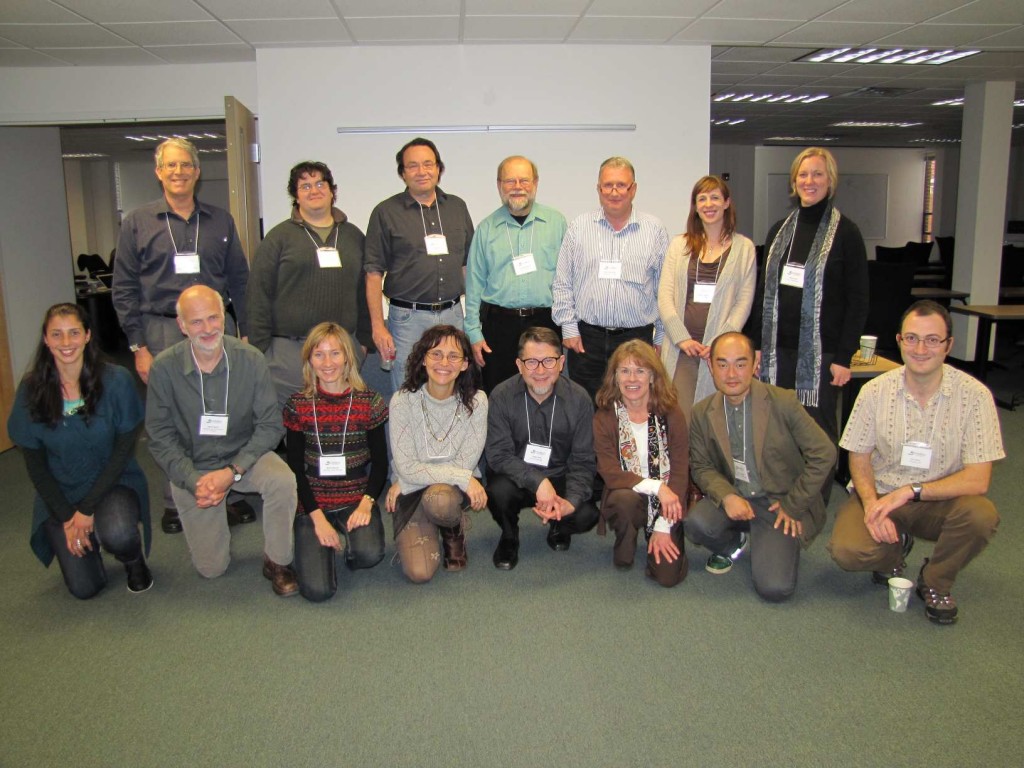 Some of the world’s foremost authorities on the social behavior of play are gathered this week at NIMBioS. The new NIMBioS Working Group on Play, Evolution and Sociality aims to use mathematical tools to study the dynamics of play — what the rules are and the evolutionary origins that facilitate and maintain it. Aside from being just a really “fun” topic, the research is also important because it is hoped that a deeper understanding of the rules of social play would help in understanding the play deficits that have been observed in children with neurodevelopmental disorders. Children with autism spectrum disorders, for example, have difficulty in pretend play.* Thus a better understanding of the dynamics of play might lead to better strategies for using play as an educational and therapeutic tool.

What’s unique about this particular research group, like other research activities at NIMBioS, is its interdisciplinary approach to the problem — for the first time, scholars from a range of different fields, from primate behavior to game theory, from neuroscience to child care practices, are gathered at NIMBioS to tackle the issue.

Also participating is Marc Bekoff, one of the world’s most foremost experts on animal behavior/emotion. In this video, Dr. Bekoff describes about how animals “feel” emotion. In his regular blog on Psychology Today, his most recent post was entitled, “Grief, Mourning, and Broken Hearted Animals.”

Another participant is Jeff Schank (psychology, UC Davis) who has built robots that act like rat pups to study how behavior emerges.

Involving 12-15 participants, NIMBioS Working Groups focus on major scientific questions at the interface between biology and mathematics that require insights from diverse researchers.

Applications for support for NIMBioS Working Groups and NIMBioS Investigative Workshops are considered two times a year with deadlines on March 1 and September 1. All areas of research at the interface of biology and mathematics are considered, but we are especially interested in activities expanding beyond the areas of research supported to date. Potential organizers of activities in areas of molecular biology, cell biology, network biology, immunology and systems biology are particularly encouraged to submit requests for support of Working Groups or Investigative Workshops.

What will you propose?