Gavrilets Elected Member of the American Academy of Arts & Sciences 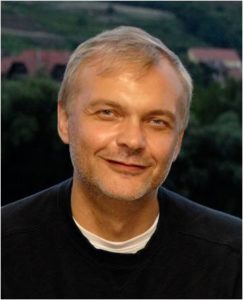 Congratulations are in order for NIMBioS’ own Sergey Gavrilets who has been elected as a member of the American Academy of Arts & Sciences.

He is one of 228 national and international scholars, artists, philanthropists, and business leaders in the class of 2017 of the prestigious organization, which, since its founding in 1780, has been one of this country’s oldest learned societies and independent policy research centers. Gavrilets and the other new members will be formally inducted at a ceremony to be held next October in Cambridge, Massachusetts.

“It is an honor to welcome this new class of exceptional men and women as part of our distinguished membership,” said Don Randel, chair of the Academy’s board of directors. “Their talents and expertise will enrich the life of the Academy and strengthen our capacity to spread knowledge and understanding in service to the nation.”

Gavrilets, distinguished professor in UT’s Department of Ecology and Evolutionary Biology and the Department of Mathematics, follows in the footsteps of historical greats such as Benjamin Franklin, Ralph Waldo Emerson, Margaret Mead, and Nelson Mandela, who were all notable members of the academy.

The academy’s purpose is “to cultivate every art and science which may tend to advance the interest, honor, dignity, and happiness of a free, independent, and virtuous people.”

“I view this as a recognition of the success of our mathematical biology program started by Tom Hallam and Lou Gross 35 years ago,” Gavrilets said. “This later led to the establishment of NIMBioS as a national and international hub for transdisciplinary research and the coordinated hiring of multiple bright junior faculty in several UT departments working at the interface of biology, mathematics, computational, and social sciences.”