In celebration of Darwin Day, NIMBioS joined UT’s Darwin Day Tennessee organization to parade for science! Chanting “Science for the people!” and “What do we want? Science! When do we want it? After peer review!” a group of undergraduates, graduate students, faculty and postdocs from across campus came together last week to form a jubilant parade celebrating science. The parade began in front of Ayers Hall, circled around the Hill, and ended in front of the student union. Special guest and birthday honoree, Charles Darwin, in the form of a giant puppet, joined the parade. The parade was the first of a week-long series of events including lectures, tabling, and a teacher workshop on the theme of evolution. 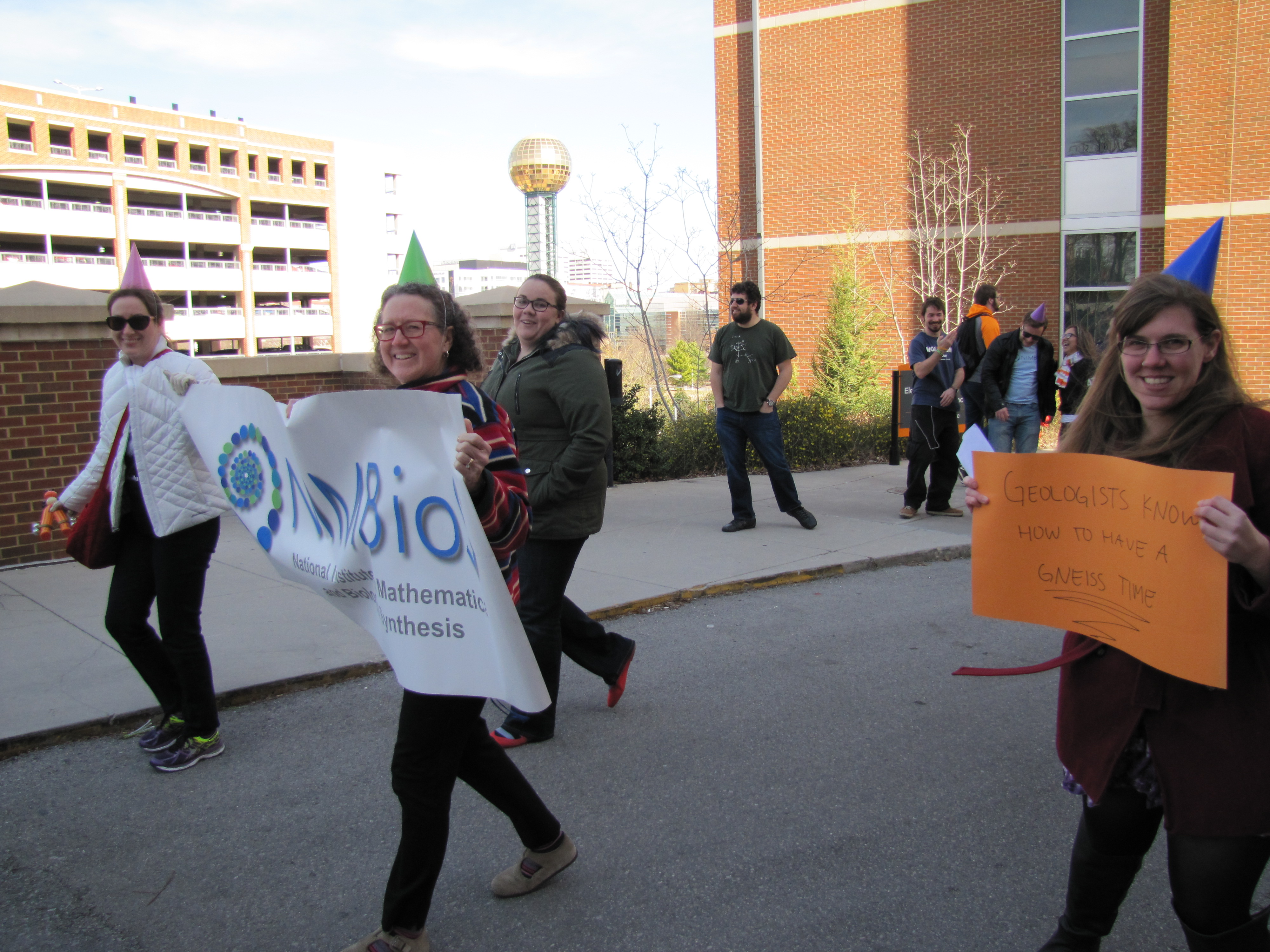