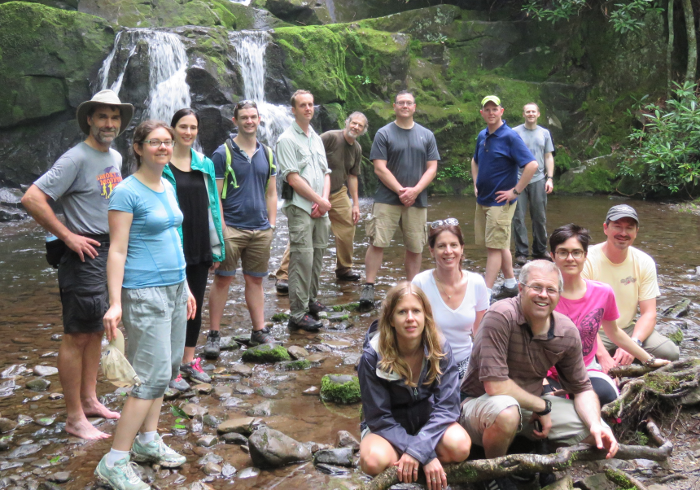 A new management guide for selecting habitat- and patch-specific metrics in spatially-structured populations was published yesterday in Ecological Indicators. The paper is a result of efforts by the NIMBioS Working Group on Habitat for Migratory Species.

The paper reviews the many ways to measure the contribution of a habitat to a population. Some populations, like migratory birds, use many different areas during their lifetimes, making managing such populations a challenge. Which areas should be managed? Not all areas are necessarily equal.

The Group asked the question: What is the best way to measure the value of a habitat to a population, given a particular management objective?

The paper reviews techniques to measure contributions from an applied, management point of view and argues that the best metric for a situation depends on the management goal.

The Working Group began meeting in 2014 and has met four times at NIMBioS, concluding its final meeting in May 2016. Co-organizers are Wayne Thogmartin, Jay Diffendorfer, Ruscena Wiederholt, and Brady Mattsson.

The paper can be viewed at this link for up to 50 days: http://authors.elsevier.com/a/1TAOl_,3LxxlYWs