Posted on January 21, 2016 by Catherine Crawley 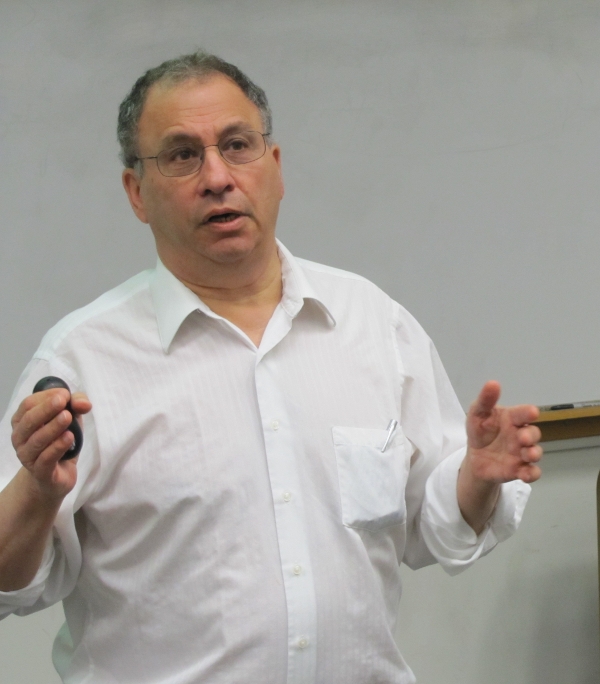 Congratulations to Simon Levin who has been awarded the National Medal of Science for his work unraveling ecological complexity using observational data and mathematical modeling.

Levin is Princeton University’s George M. Moffett Professor of Biology and Professor of Ecology and Evolutionary Biology. Levin visited NIMBioS in 2012 to meet with postdocs and gave a seminar as a Postdoctoral Fellows Invited Distinguished Visitor. His topic was “Evolutionary perspectives on discounting, public goods and collective behavior.”

Levin’s research focuses on complexity, particularly how large-scale patterns — such as at the ecosystem level — are maintained by small-scale behavioral and evolutionary factors at the level of individual organisms. With research topics primarily related to ecology, other topics Levin has analyzed include conservation, financial and economic systems, and the dynamics of infectious diseases and antibiotic resistance.

“Simon has made so many outstanding scientific contributions. It is great to see him receiving recognition that he so richly deserves,” said Paul Armsworth, NIMBioS associate director for postdoctoral activities. “As well as his numerous important research contributions, Simon has been a tremendous champion for, and supporter of, mathematical biology at large, and of the NIMBioS community in particular.”

Levin will be honored at a White House ceremony along with eight fellow Medal of Science recipients and eight recipients of the National Medal of Technology and Innovation.

The National Medal of Science was created by statute in 1959 and is administered for the White House by the National Science Foundation. Awarded annually, the Medal recognizes individuals who have made outstanding contributions to science and engineering. According to the award announcement, the President receives nominations from a committee of Presidential appointees based on their extraordinary knowledge in and contributions to chemistry, engineering, computing, mathematics, and the biological, behavioral/social, and physical sciences.