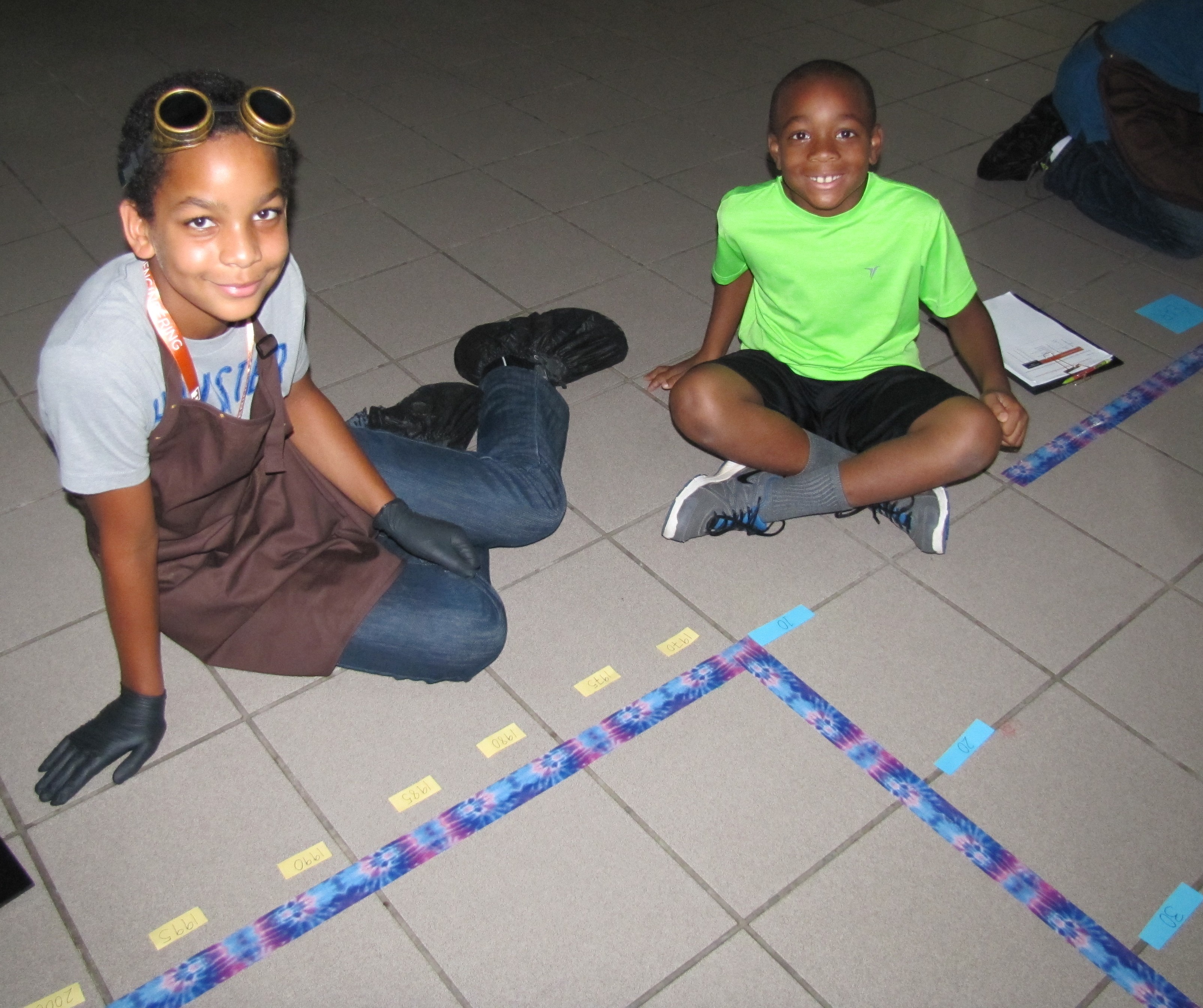 Students at STEMPunk show off their labeled axis, ready to graph some bird population data.

Science and math educators are always looking for innovative ways to make their messages memorable  — which is why NIMBioS participated in a unique outreach event for middle school kids this week blending STEM and the science fiction genre “steampunk.” 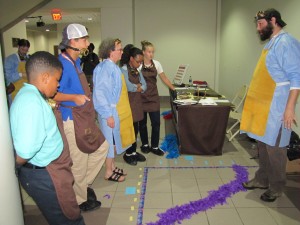 Organized by UT engineering graduate student Caroline Bryson, the “STEMPunk” event had a festival atmosphere where students visited hands-on booths to interact with scientists, engineers and mathematicians, all in steampunk-themed costume. Steampunk is a science fiction genre that features steam-powered technology with 19th century style elements. About 35 students from all over the state, on campus for an engineering camp, participated in the event with their camp counselors and families. 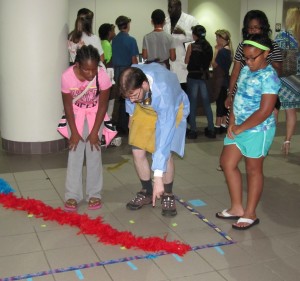 After a discussion of what the graphs showed was happening to bird populations over time, Andrew provided insight behind the patterns the students observed by talking about the challenges the species have faced due to land use changes, decreasing habitat, competition with invasive species, and also the benefits that some conservation efforts have had.