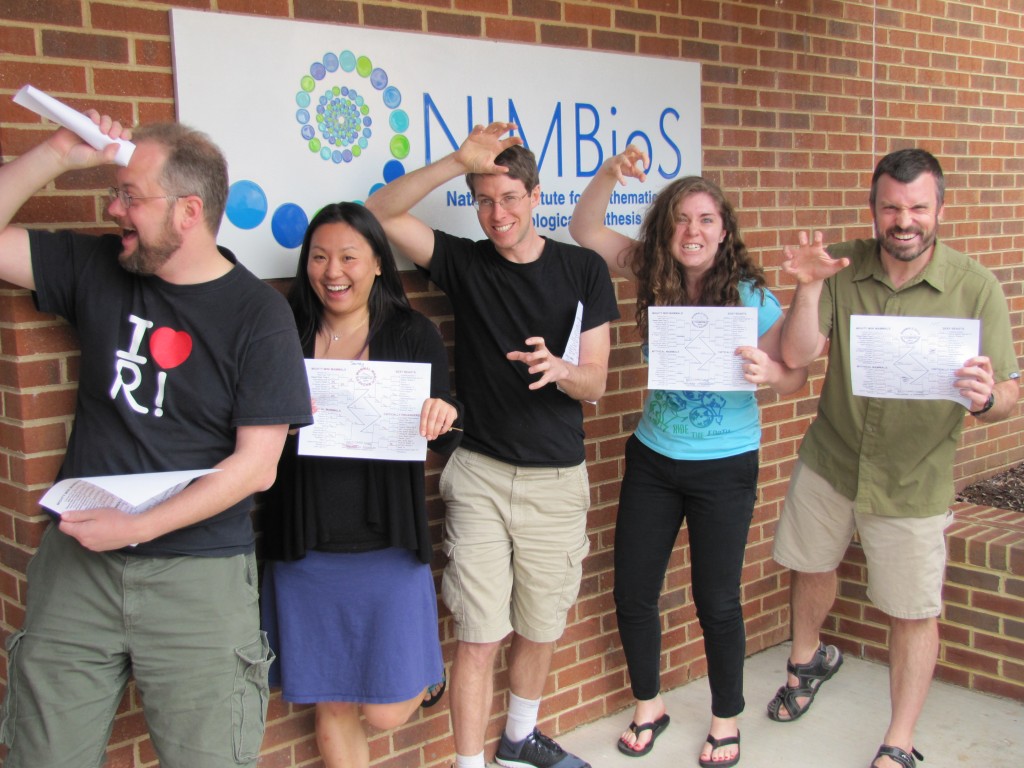 NIMBioS postdoctoral fellows and staff participated in the March Mammal Madness this year, a wildly popular scientific take on the NCAA College Basketball March Madness Championship Tournament. In March Mammal Madness, mammals, and even some mythical creatures, compete in computer simulated rounds for the title of champion.

As the March Mammal Madness website explains, “battle outcome is a function of the two species’ attributes within the battle environment. Attributes considered in calculating battle outcome include temperament, weaponry, armor, body mass, fight style, and other fun facts that are relevant to the outcome. These are one on one- head to head combat situations- um except for the mythical mammals that have multiple heads. Some random error has been introduced into calculating battle outcome & the amount of that error is scaled to the disparity in rankings between combatants.”

This year’s victor was the Sumatran Rhino after a fierce final battle with the Dwarf Mongoose. Hmm, guess that was Goliath vs. Cuteness.

Unfortunately, while none of the NIMBioS participants was successful in picking the winner, all had a blast following the rounds and engaging in some healthy competition (and trash talk) along the way.