Posted on January 21, 2015 by Catherine Crawley 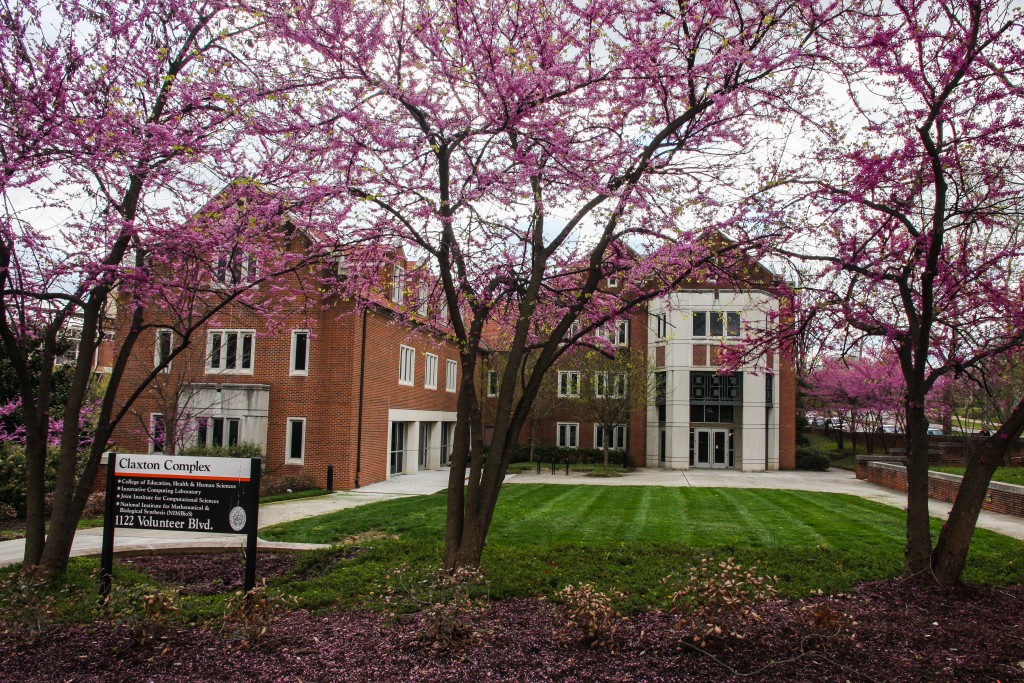 NIMBioS at the University of Tennessee, Knoxville

Since our first activity in March 2009, more than 5,000 visitors have participated in NIMBioS research and educational opportunities. We recently surpassed the 5,000 mark with last week’s Investigative Workshop on Lymphoid Cells in Acute Inflammation.

NIMBioS was established in September 2008 with support from the National Science Foundation, the U.S. Department of Homeland Security, and the U.S. Department of Agriculture with additional support from The University of Tennessee, Knoxville. Today, we are a NSF Synthesis Center supported through NSF’s Biological Sciences Directorate via a Cooperative Agreement with UT totaling more than $35 million over ten years.

NIMBioS supports Working Groups, which focus on major well-defined scientific questions at the interface between biology and mathematics; Investigative Workshops, which focus on broad topics and which summarize/synthesize the state of the art and identify future directions; Postdoctoral Fellowships; Sabbatical Fellowships; short-term visits; and a wide array of education and outreach activities for K-12 students and teachers, undergraduate and graduate students, university and college faculty, professional industry audiences, and the general public.

Since our first activity in 2009 (Training the Trainers: High-Performance Computing Tutorial for Computational Science Professionals Collaborating with Biologists), NIMBioS has hosted more than 5,000 participants from 789 institutions in 53 countries and all 50 U.S. states and has supported 34 Working Groups, 32 Investigative Workshops, 37 Postdoctoral Fellows, 13 Sabbatical Fellows, over 200 short-term visitors, and more than 200 education and outreach activities. Activities have led to the publication of more than 370 peer-reviewed articles on topics across the breadth of quantitative biology. Publications resulting from NIMBioS activities have appeared in top national and international journals with high impact factors, including Nature, Science, Ecology Letters, Trends in Ecology and Evolution, PLOS Biology, Systematic Biology, and the Proceedings of the National Academy of Sciences.

One research area of particular emphasis at NIMBioS has been modeling animal
infectious diseases, such as white-nose syndrome in bats, pseudo-rabies virus in feral swine, Toxoplasma gondii in cats, and vector-transmitted diseases such as malaria in mosquitoes and humans. As a leading international center for animal infectious disease modeling, NIMBioS has contributed significantly to global needs in analyzing the potential spread, impact and control of diseases that can move from animals to humans, such as West Nile virus, anthrax, swine flu and mad cow disease.

NIMBioS has carried out extensive evaluations of the variety of activities it has supported which has led to peer-reviewed publications on the methods used at NIMBioS to foster interdisciplinary research and education. NIMBioS has made available many of the products of its activities through its website and a variety of social media outlets. Available products include more than 50 video interviews of researchers and educators discussing their experiences in mathematical biology and more than 100 videos of research and tutorial presentations at NIMBioS.