Posted on October 31, 2014 by Catherine Crawley 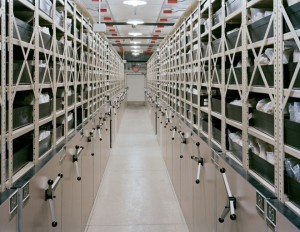 Picture a library but instead of books, thousands upon thousands of seed packets on every shelf. The USDA’s National Center for Genetic Resource Preservation in Ft. Collins, CO, is a secure 5,000-square-foot storage facility for more than half a million seed samples from over 8,000 species of interest to sustainable agriculture, successful restoration, and endangered species preservation, and is adding more specimens every day.

NCGRP scientists travel to remote parts of the world to gather wild strawberries, apples, wheat, and other species in order to introduce new, useful traits into crop breeding programs. They also gather common tree and grass species for restoring degraded or burned land. The facility partners with local and national agencies around the world to “back-up” other important seed collections. The seeds are stored in a tornado proof shelter, some of them in large steel tanks full of liquid nitrogen and others in long rows of giant shelves in rooms at freezing temperature, all meticulously labeled and accessible for future needs.

NIMBioS postdoctoral fellow Sean Hoban recently visited the NCGRP to share his newest research results in a seminar with scientists there and at Colorado State University. Hoban studies how to optimally plan collections of new seeds, using cutting edge computational and mathematical models. While the storage facility is huge, the need for seed saving is great, and thus there is need for efficient collections that capture the most biodiversity in a minimum collection size. 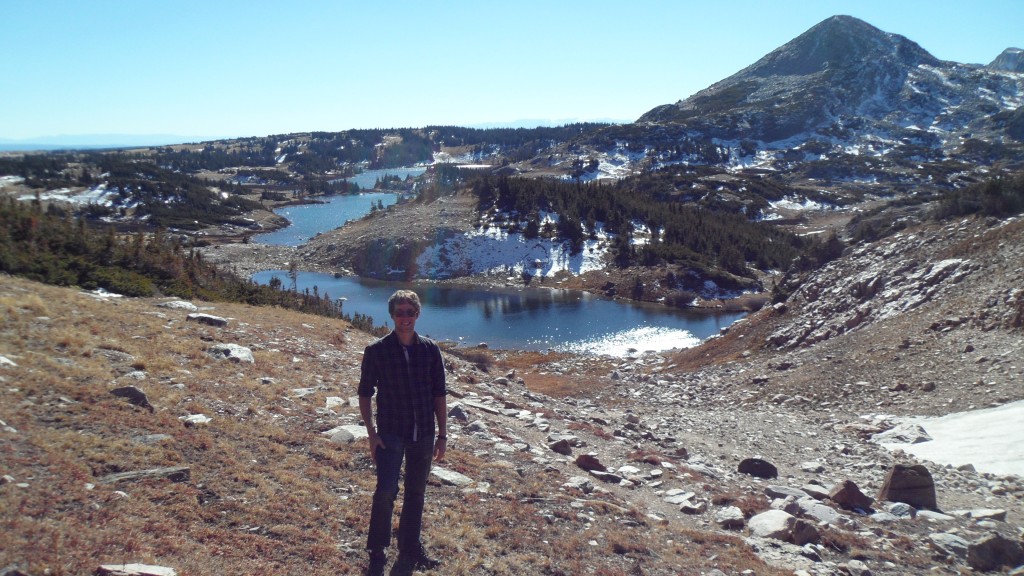 Sean Hoban visits Medicine Bow National Forest in Wyoming, one of the many places from where the US Forest Service is sending seeds to the National Center for Genetic Resource Preservation seed bank in Ft. Collins, CO.

Hoban’s work has helped show where to collect from and how much seed to collect. He is now working to custom design seed collections, including collections from native Tennessee species, like the endangered butternut tree and several endangered Trillium species, found throughout the Appalachians and eastern forests.

“It was exciting to see this national seed facility firsthand, which helped me better understand the opportunities and challenges of these collections,” Hoban said. “It was also great to connect my mathematical work on species’ genetic diversity to the work of other researchers involved in seed collections, aspects that complement mine. Now we can integrate genetics with geography, climate data, plant traits and much more.”

The next stop on Hoban’s “seed-saving tour” is the Rancha Santa Anna Botanic Garden near Los Angeles, followed by an “Advancing Ex Situ Conservation” workshop at the San Diego Zoo for researchers from zoos and botanic gardens across the US.

“This will be a planning meeting for next steps in the science and practice of saving, breeding, and reintroducing rare species,” Hoban said.

Other stops on the tour include the College of Charleston and the Missouri Botanic Garden.

“It is important to take our theoretical research and apply it to real challenges in society. I’m very glad that NIMBioS encourages and helps postdoctoral fellows to do so,” Hoban said.

Aside from his seed-saving talks and travels, Hoban is also developing new models of genetic diversity of rare species and working on a related project to model resistance to diseases and pests to help save eastern hardwood forest species, such as ash trees and hemlock.