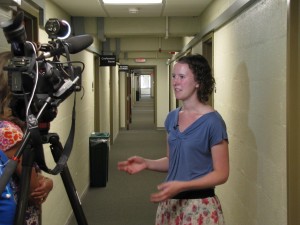 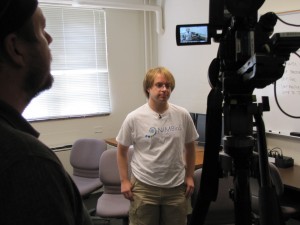 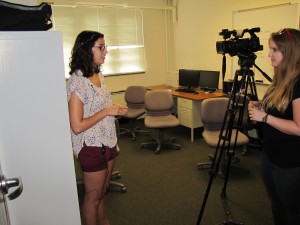 (Updated: Aug. 1, 2014) Research examining facial expression of emotion and research examining the social complexity of Argentine ants — both projects of NIMBioS’ Summer Research Experiences program, were featured in the news recently, and the undergrads working on the projects had the full media experience.

Students on the Argentine ant project on camera

The project was covered widely in local media. The print and broadcast stories included the following:

The research seeks to develop an agent-based model to explore how, where and over what timeframe large-scale cooperation within an Argentine ant supercolony could break down.

The following link takes you to media coverage on the local CBS affiliate, WBIR: