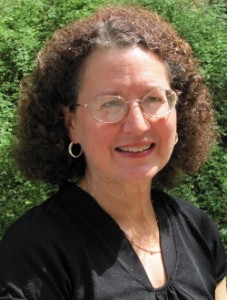 Lenhart has received the Excellence in Academic Outreach Chancellor Award for her accomplishments through the past academic year. Lenhart is NIMBioS Associate Director for Education and Outreach, as well as a mathematics professor and Chancellor’s Professor at UT.

Lenhart’s outreach efforts at NIMBioS have included a series of workshops for teachers and girls in the Great Smoky Mountains National Park; a summer camp focusing on STEM for middle school girls; Biology in a Box workshops for more than 80 Tennessee school systems; and variety of other programs, workshops and conferences for undergraduates and graduates.

Lenhart has also volunteered at middle and high schools in Knox County. As a MATHCOUNTS coach, she led her middle school math competition team to win Knoxville’s competition and place second in the state tournament.

In her nomination letter, NIMBioS Director Louis Gross wrote that Lenhart’s “persistent devotion” to giving more opportunities to students interested in STEM careers has “directly benefitted thousands of participants since NIMBioS has operated, and been a major contributor to the ongoing success of this institute.”

Full details about the award and the announcement from UT can be found here.