Posted on December 10, 2013 by Catherine Crawley 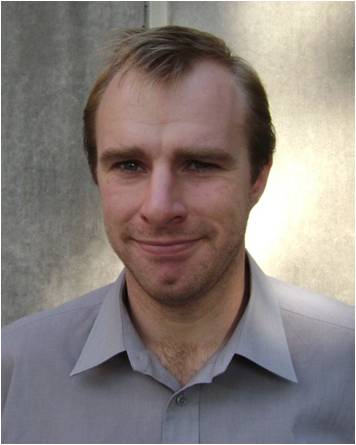 NIMBioS welcomes Paul Armsworth as associate director for postdoctoral activities. Armsworth, an associate professor in ecology and evolutionary biology, has been affiliated with NIMBioS as one its senior personnel since 2009 when he was hired as an NIMBioS-affiliated faculty member at UT.

Armsworth’s research addresses applied questions in conservation as well as process-based questions in ecology and evolution. Research in his group integrates mathematical modeling, statistical analyses, and field surveys. Previously, he was a lecturer in population and community ecology at the University of Sheffield. He received a B.A. in mathematics from Oxford University in 1996, a Ph.D. in mathematics from James Cook University, Australia, in 2000, and a Ph.D. in biological sciences from Stanford University in 2003.

As associate director for postdoctoral activities, Armsworth will lead NIMBioS’ efforts to enhance the postdoctoral experience at NIMBioS.

“Supporting post-doctoral fellows is a major focus of NIMBioS. Through their pioneering research and also through their contribution to education and outreach activities, NIMBioS postdocs are pushing the very forefront of mathematical biology. And so it’s a real privilege for me to have this opportunity to work with them and join the leadership team of NIMBioS,” Armsworth said.

The associate director for postdoctoral activities position was established in January 2012 when John C. New, Jr. was appointed to the position. New passed away suddenly on Oct. 15, 2013.

“My predecessor in the role, John New, was a wonderful colleague. John is very much missed by the NIMBioS community and the whole UT community. His are some very big footsteps to follow. The work John did as associate director for the institute provides great templates and examples that I can follow and start to build on,” Armsworth added.