Posted on September 26, 2013 by Catherine Crawley

“They tell you it’s medicine. They don’t tell you it can kill you.” — David Baumle, father of 12-year-old Davy Baumle who died from acute liver failure caused by acetaminophen.

A recent in-depth investigation by This American Life radio program and ProPublica looks at the underreported dangers of overdosing on Tylenol, especially with regard to children. David Baumle tells ProPublica about the death of his son Davy who took Maximum Strength Tylenol Sore Throat over several days accidentally ingesting a lethal dose.

Acetaminophen is the leading cause of acute liver failure in the U.S. When taken at the recommended dose, however, it is safe and works well, eliminating aches and pains and reducing fever with few side effects.

A chemical antidote to acetaminophen poisoning does exist, but it is only effective if administered within eight hours of an overdose. As ProPublica reports, in one study, people who attempted suicide with acetaminophen and later regretted their action often made it to a hospital in time, whereas people who overdosed by accident were often unaware they have been poisoned. Part of the problem is that acetaminophen is found in many over-the-counter medicines in the U.S., an estimated 600 medicines, so sometimes people are unaware they have taken it. Overdose symptoms take several days to develop and resemble those of the flu. By then, it is too late for the antidote to work.

If liver damage is severe enough and the antidote is not administered early enough, the only life saving treatment is liver transplantation. Determining which patients need a transplant and which will recover is a major problem in treating patients with acetaminophen overdose. 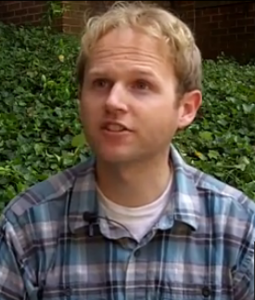 NIMBioS postdoc Chris Remien and his research partners have developed a novel method to determine which patients will benefit from liver transplant in these instances. Rather than relying on purely statistical methods, Remien’s method is based on a dynamic model of acetaminophen metabolism and cellular damage.

In addition to making predictions on the need for a transplant, the model also explains the threshold with respect to acetaminophen intake and liver damage.

“There is a simple threshold in the model because of how the liver processes acetaminophen, so that there is either very little liver damage or rapid damage, which may explain why patients who chronically overuse acetaminophen can eventually develop rapid liver damage,” Remien explained.

The model has shown promise in a set of 53 patients from the University of Utah, but it still needs to be validated in a larger multi-center study before it can be used by physicians.

“We are currently collecting more data and collaborating with other groups in order to validate our method,” Remien said.

Collaborating on the project are Norman Sussman, Associate Professor of Surgery at Baylor College of Medicine and Fred Adler, Professor of Mathematics and Biology at the University of Utah.