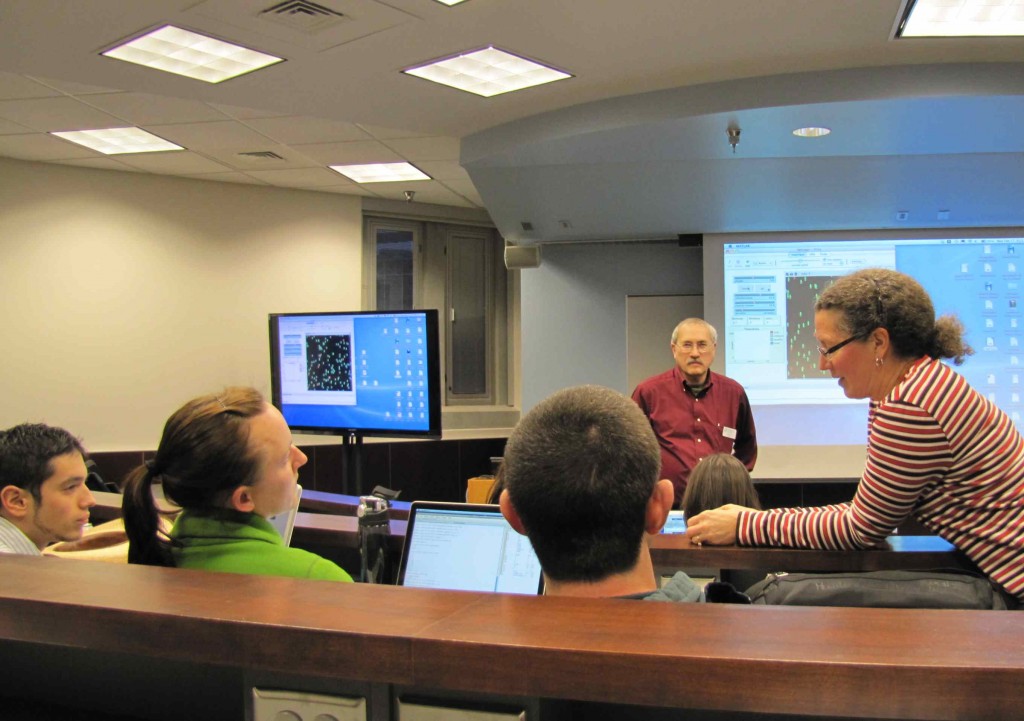 Suzanne Lenhart (right) and Louis Gross (center, back) lead a modeling workshop for the UTK student chapter of the Wildlife Disease Association at NIMBioS

The University of Tennessee student chapter of the Wildlife Disease Association met at NIMBioS last week for an introduction to mathematical modeling of wildlife diseases including rabies.

Participants learned about the value of mathematical models for describing and understanding biological phenomena and interacted with a MATLAB model on vaccination for rabies in raccoons. They were also introduced to agent-based modeling of infectious disease with Netlogo. NIMBioS Associate Director of Education & Outreach Suzanne Lenhart and Director Louis Gross led the event with Education & Outreach Coordinator Kelly Sturner assisting.

The chapter is preparing to help host the 62nd International Conference of the Wildlife Disease Association to be held in Knoxville, July 27-Aug. 2, 2013. NIMBioS will give a full day workshop to students on July 28 called Introduction to Population Wildlife Disease Modeling, which will be offered to graduate and advanced undergraduate students attending the conference.