Posted on November 13, 2012 by Catherine Crawley 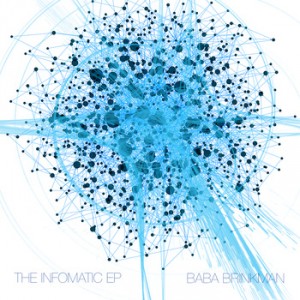 A new branch of the hip-hop family tree has emerged with the release of Baba Brinkman’s new Infomatic EP, which takes its inspiration from Brinkman’s 2012 songwriting residency at NIMBioS.

The Canadian rap artist, who spent April and May as Songwriter-in-Residence at NIMBioS, describes the new EP as “a scientifically literate collection of upbeat hip-hop tracks that explore the shifting role of scientific knowledge in modern society and human relationships.”

Tracks on the EP include Mr. Infomatic, Mad Scientist (Talkin’ Nerdy), Get It From Reading, Climate Skeptic, and Naturalizm (Featuring Syqnys). The EP is available for downloading on iTunes and at http://bababrinkman.bandcamp.com/album/the-infomatic-ep

The tracks were produced by British DJ Jamie Simmons, who performed with Brinkman at the University of Tennessee during Brinkman’s residency.

More information about Brinkman can be found at http://www.bababrinkman.com/

One Response to NIMBioS Inspires Science Rap on New EP