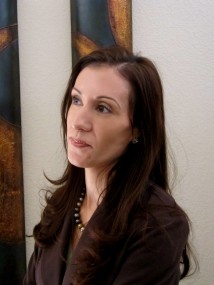 Congratulations are in order for NIMBioS Advisory Board Member Erica Camacho honored with the 2012 SACNAS Distinguished Undergraduate Institution Mentor Award.

Camacho, a professor at Arizona State University, was one of six recipients of the 2012 SACNAS Distinguished Awards. SACNAS is the Society for the Advancement of Chicanos and Native Americans in Science, a national nonprofit organization established in 1973 to diversify the scientific workforce.

Since the SACNAS Distinguished Awards program was initiated in 1997, the Society has honored 84 scientists, educators and program directors for their commitment to and personification of the spirit of the SACNAS mission: to assist Hispanic/Chicano and Native American scientists, from college students to professionals, to attain advanced degrees, careers, and positions of leadership in science.

Awardees receive honorary lifetime SACNAS membership and are the guests of SACNAS at the annual conference where they receive their award. Camacho’s award was presented at this year’s annual meeting in Seattle, Washington.

Camacho’s research focuses on mathematical applications to biology and sociology. Past projects have included mathematically modeling the transcription network in yeast, the interactions of photoreceptors, social networks, and fungal resistance under selective pressure.