Posted on October 29, 2012 by Catherine Crawley 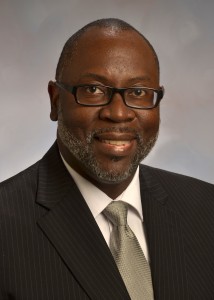 NIMBioS welcomes Ernest Brothers as associate director for diversity enhancement, a newly created leadership role at NIMBioS. Brothers is an assistant dean in the Graduate School of the University of Tennessee, Knoxville, overseeing the Office of Graduate Training and Mentorship.

Before arriving at the University of Tennessee, Knoxville, Brothers served as the executive director of the Peach State Louis Stokes Alliance for Minority Participation program at the University of Georgia. During his tenure in Mississippi, Brothers served as the Louis Stokes Mississippi Alliance for Minority Participation site coordinator and assistant professor of chemistry at Delta State University. He also worked at the Mississippi State Chemical Laboratory as an herbicide/pesticide residue chemist, and a laboratory project director for the Analytical Food Safety Laboratory in the College of Veterinary Medicine at Mississippi State University.