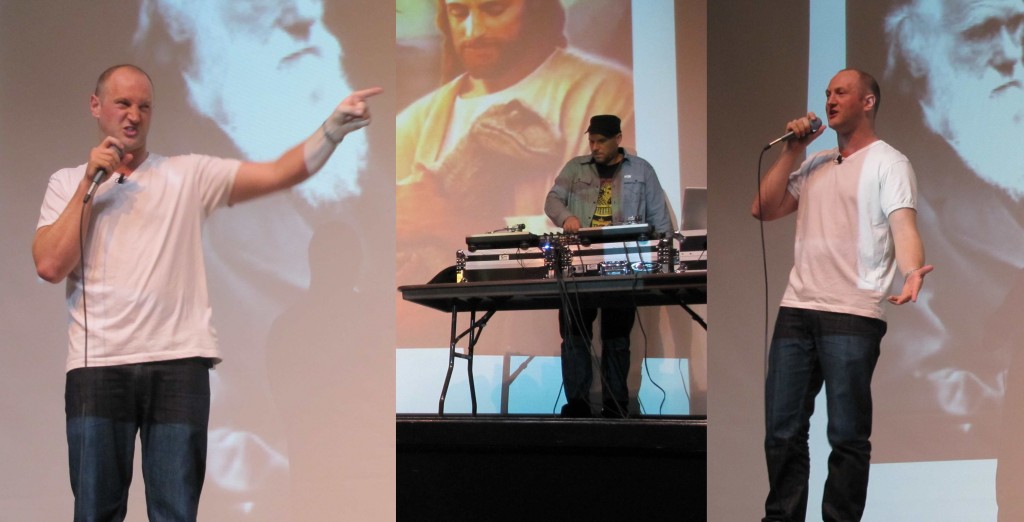 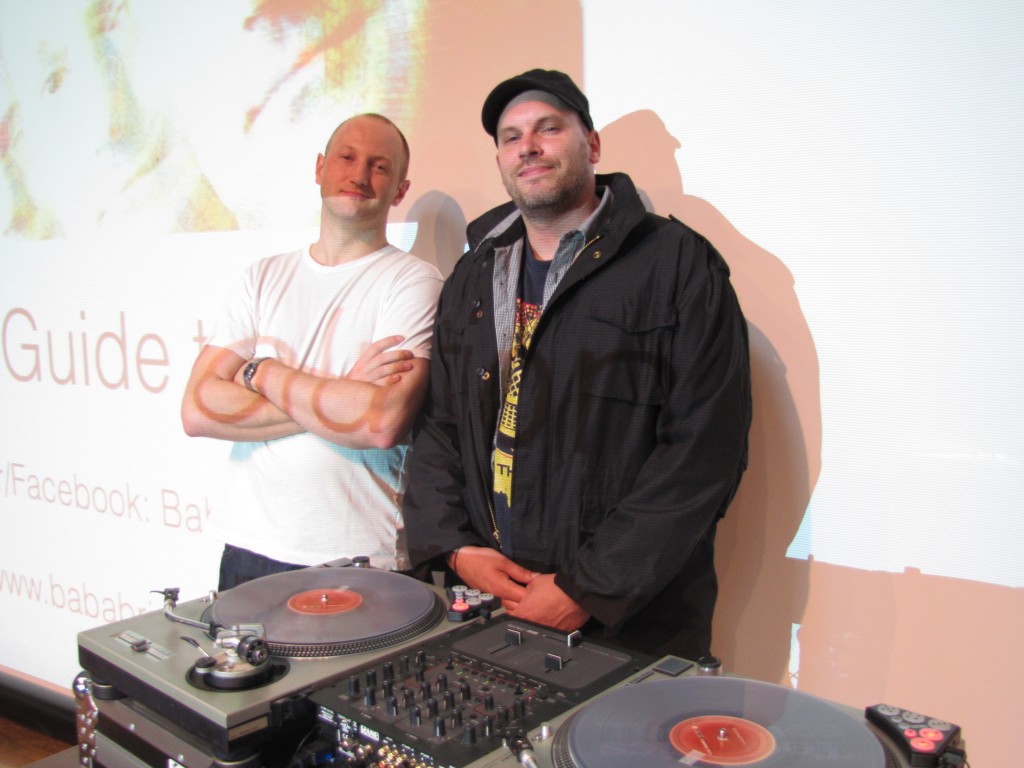 NIMBioS Songwriter-in-Residence Baba Brinkman brought his hip-hop exploration of modern biology to an enthusiastic audience at UT last week when he performed an hour-long excerpt from his critically acclaimed Off-Broadway show, “Rap Guide to Evolution.” He was accompanied by DJ Jamie Simmonds who also performs in the Off-Broadway show. The show inspired the crowd to interact with Brinkman according to his instructions as he sang selections from his Rap Guide to Evolution album including “Natural Selection,” “Survival of the Fittest,” and “I’m A African,” among others. On Friday, Brinkman was nominated for a Drama Desk Award for Outstanding Solo Performer for The Rap Guide to Evolution. The Drama Desk Awards have been given annually since 1955 and are considered one of America’s most important theater awards. The winners will be announced on June 3 in New York City. For more information about the NIMBioS Songwriter-in-Residence program, visit http://www.nimbios.org/songwriter