Ngonghala Presents the Buzz on Mosquitos and Malaria 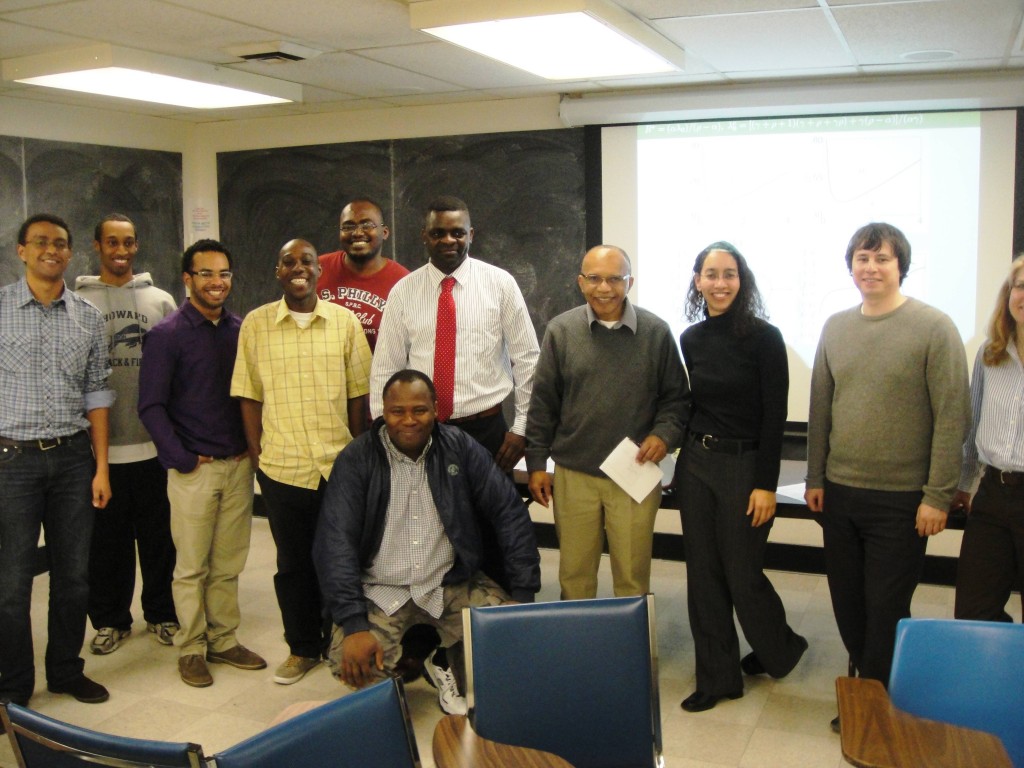 NIMBioS Postdoc Calistus Ngonghala (center, red tie) poses after his talk with a group of Howard University students and faculty

NIMBioS Postdoctoral Fellow Calistus Ngonghala shared his research in modeling mosquito transmission of malaria at Howard University earlier this month. His talk, titled “The role of mosquito demography and nourishment habits on the dynamics of malaria transmission,” was presented to a group of faculty, undergraduate and graduate students during his visit to Washington, DC. By including mosquito population dynamics into his malaria disease model, the model captures natural fluctuations and oscillations known to prevail in malaria dynamics that are hard to attribute to external forcing factors.