The Noes Have It

Posted on February 10, 2012 by Catherine Crawley 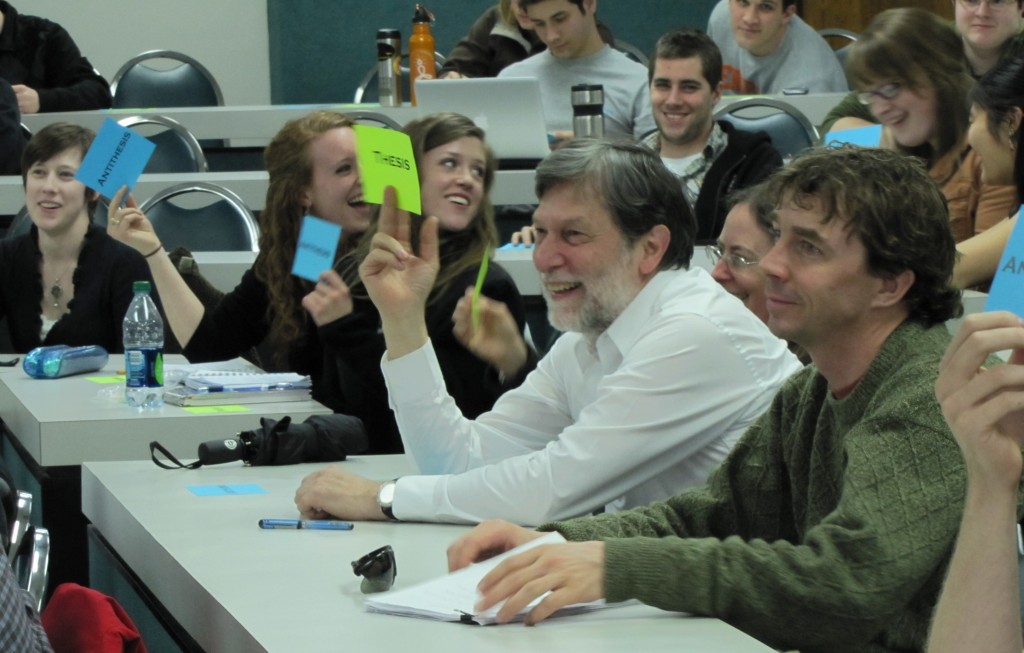 Following a lively public debate on the role of warfare in early social evolution, a sea of hands waving blue cards with the words “anti-thesis” indicated that the majority of the audience believed the antithesis debaters had won the day: that is, other evolutionary mechanisms, and not warfare alone, hastened the rise of highly complex societies.

The debate, held Feb. 8, 2012, in the University of Tennessee’s University Center, was designed to raise questions about how science can explain the transition from simple to complex societies.

To find out more about the debate and a link to view it, click here.