Posted on February 14, 2011 by Catherine Crawley 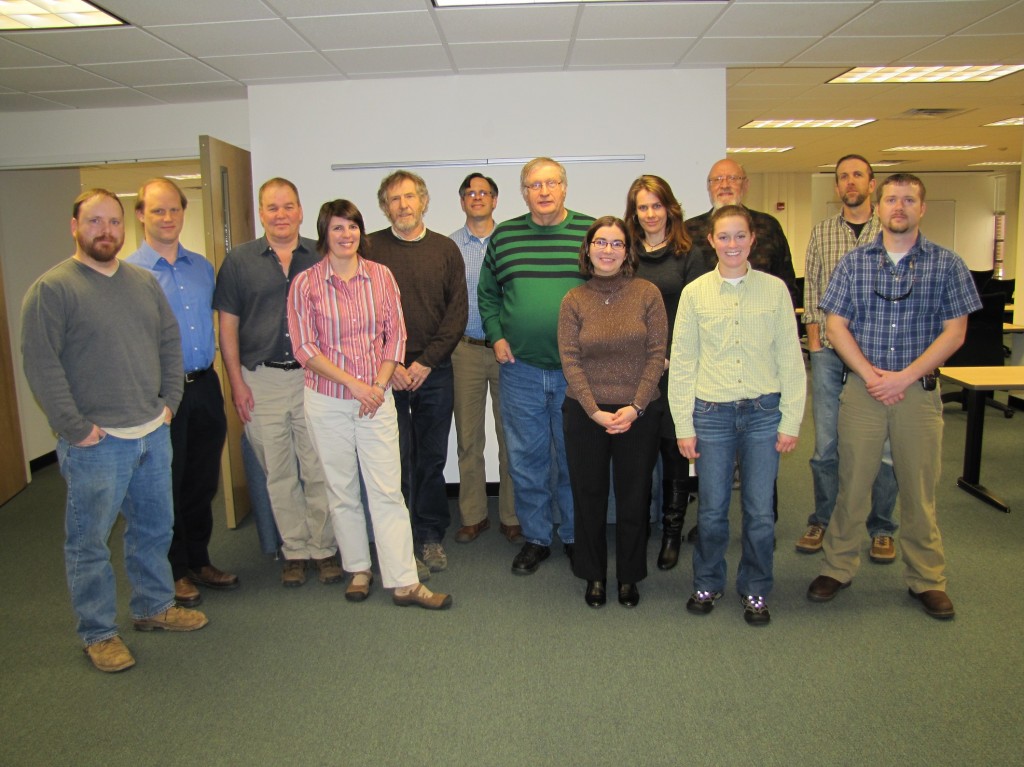 An informal gathering of scientists and wildlife experts interested in halting the spread of white-nose syndrome (WNS) gathered for a day-long discussion on Feb. 3. Talk centered around WNS epizootiology, dispersal and treatment of the disease. The meeting was organized by Thomas G. Hallam and Gary F. McCracken from the Department of Ecology and Evolutionary Biology at the University of Tennessee, Knoxville. Estimated to have killed over a million bats in a three year period, the disease is probably caused by a newly discovered cold-adapted fungus, Geomyces destructans. A new paper by Hallam and McCracken in Conservation Biology examines management options for the disease and finds culling is ineffective in controlling WNS. Hallam and McCracken organized the 2009 NIMBioS Investigative Workshop on Modeling White-Nose Syndrome, which laid the groundwork for the mathematical model on culling.

One Response to Saving the Mighty Bat